Not a Box of Chocolates

The deadline was quickly approaching.  I looked at my calendar and hoped I had enough time.  My search probably should have started months ago; however, the limited time period I had given myself had to work.  I started investigating.  I had a vague idea of what I needed to find, but could it be found?  Could this be done in time?


My fortieth birthday was quickly approaching, and I had still not purchased a birth-year wine to enjoy on my day.


The mission:  find a 1974 wine of (hopefully) stellar quality to be shipped to my home in Wyoming…in the middle of one of the coldest winters in years.   Yes, I had work to do.


Wine is always a mystery.  From the time a grape begins to grow on the vine, the mystery of the weather, the animals, the harvest, the fermentation, and the aging all create a vast unknown of what a wine will be. Add to this decades in the bottle after the initial production and aging, and it is quite clear what a true gamble getting an excellent bottle of well-aged wine really is.


Mystery one solved:  I found the wine I was looking for—a 1974 Fontanafredda Riserva Speciale Barolo.  I love the Nebbiolo grape, and I knew that Barolos age with grace…as I like to think I have been doing.  The wine was located. 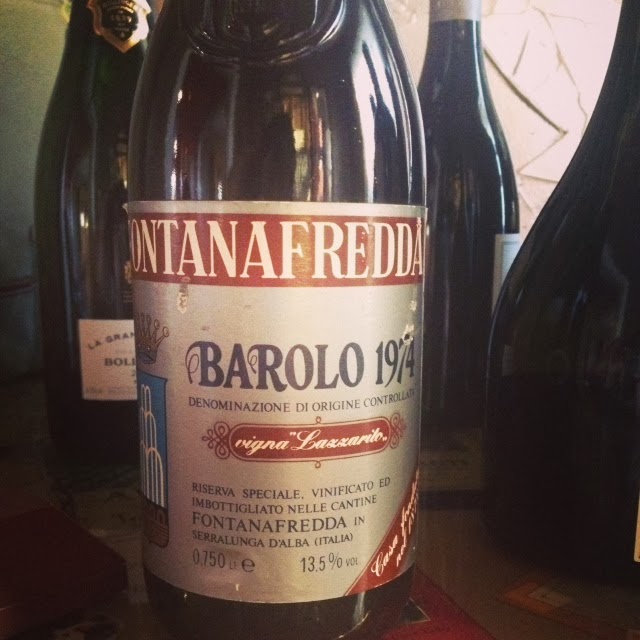 Fontanafredda Barolo Riserva Speciale 1974.
The shipping took several days to hash out since the wine was coming from NYC to Wyoming in weather that was not only reaching well below freezing, but even below zero.  My nerves started to twitch the instant I received the shipping notice that my birthday bottle’s journey across the cold U.S. was underway.


Mystery two solved:  the wine arrived unscathed.  The two-day shipping actually ended up being three, but that is another mystery when living in rural America:  when will the package actually arrive?  Upon arrival, the bottle was pristine.


On the back of the bottle was a special sticker that this wine was purchased from a private collection.  The plot thickened.  Where had my bottle been for forty years?  I could easily trace my own path the past four decades, but what about this vino?  Had it been with just one owner before the specialty wine shop (where I made the purchase) bought the bottle?  Had it been passed from cellar to cellar, only to end up in Wyoming as part of a mile-stone birthday celebration?  Perhaps I will never know. 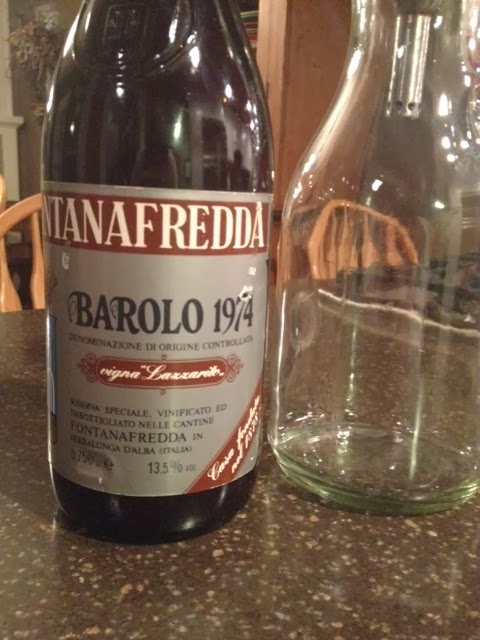 
Mystery three solved:  the bottle opened easily.  I left the bottle out at room temperature about half an hour before opening.  I decanted the entire bottle, and the first glass we (hubby and I) had without filtering.


There was so much beautiful sediment left in the bottle and still some light, tiny sediment particles in that first glass.  I was so nervous about whether the bottle was still alive that I feared filtering it might actually aerate the wine, and I wanted to do anything to make sure the wine still showed well.   After being poured in the glass, the color of beautiful brown, Fig-Newton filling reflected back at me--slightly hazy, but looking good with no visible flaws.  I was on pins and needles to see if my wine gamble had paid off! 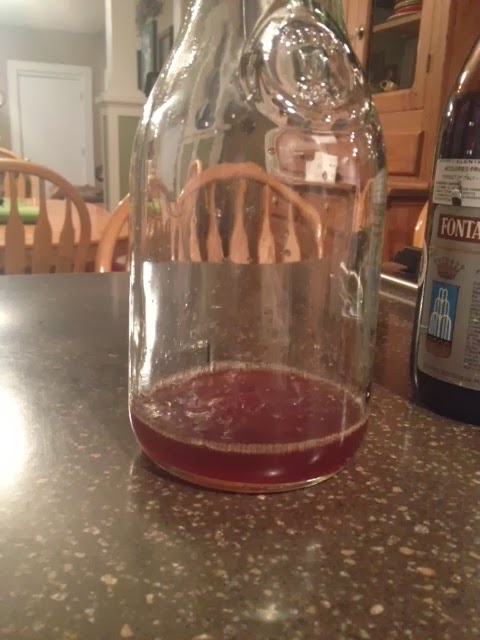 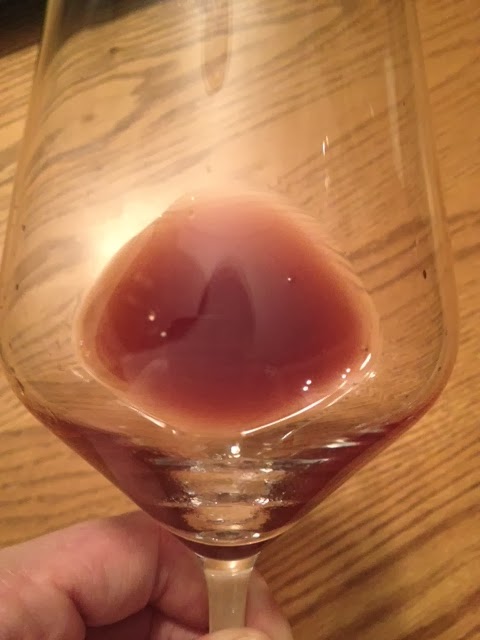 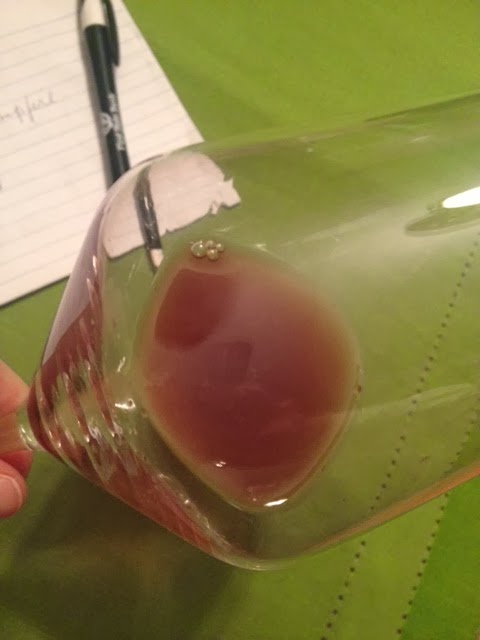 Slightly hazy, but a wonderful aged, brown tone.
﻿
Mystery four solved:  the wine was very aromatic (so much so my daughter said she could smell it all the way across our dining room table!).


The first sniff was of fig and baked plum; then the smoke and campfire aromas came through.  Next was dull earth, then cedar and automotive garage.  The complexity of the wine made me smile.  The mystery was so close to being solved.  Would this wine live up to my expectations? 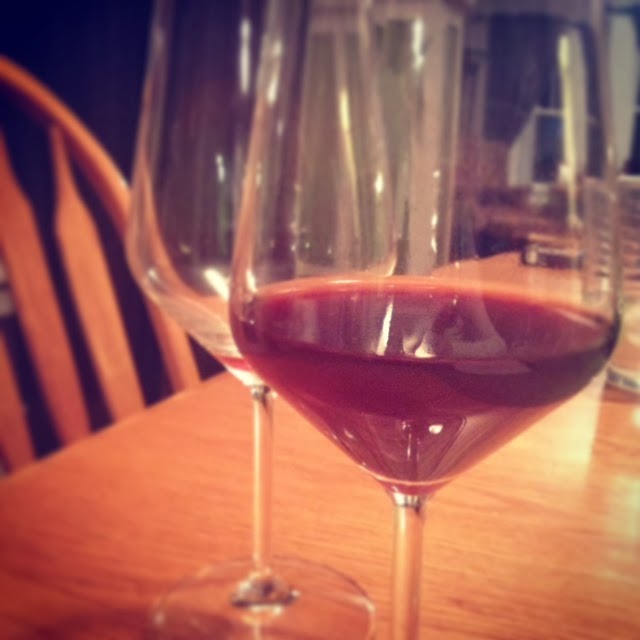 Aromatic on the nose.
Mystery five solved:  the wine drank beautifully!  The first touch of the wine on the tongue was the fig and baked plum from the nose.  This was followed by a punch of acid, making my mouth water.  The earth, green pepper, and herbaceous flavors led into a lengthy finish of baked plum, wood chips, and sawdust. 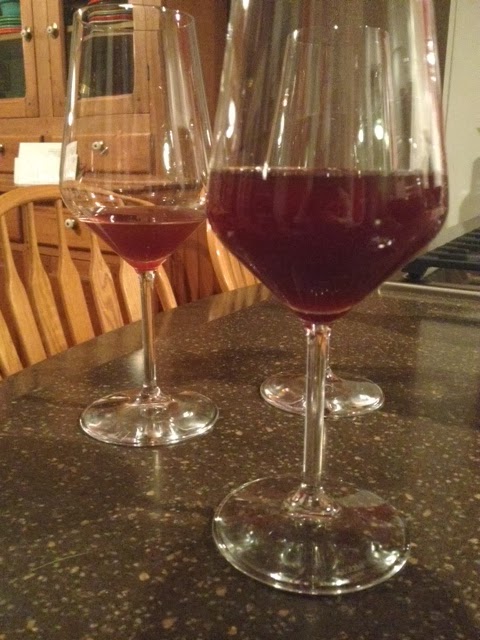 Drinking wonderfully.
We opened the bottle at 8:35 p.m. and finished the first glass after 9:00.  I did filter and funnel the second glass since I was no longer worried about the flavor dissipating.  The second glass was just as good; in fact, my hubby liked it better at true room temperature.  We finished the second glass each (and bottle) two hours after the initial opening.  The wine still had so much life.  The fruit flavors were somewhat muted, but the acid, earth, herbs, and wood were shining through.


My mission was accomplished:  even though I almost sabotaged my assignment, the mystery of the birth-year wine was solved.


Like life, wine is such a mystery.  (I would say that life is like a bottle of wine, NOT like a box of chocolates.)  We never know what is coming in our future, just as wine producers do not exactly know what the future of their wines may be.  Even the best and most experienced winemakers must deal with the unknown of the weather, the birds, and the aging process.  Two bottles of wine stored right next to each other over the course of forty years may age differently.


Twenty years ago I had no clue what I would be doing when I turned forty…except maybe feeling old.  Life will throw us all curve balls and take us down paths we could never have imagined.  We will face life, death, and the unknown.  But at the end of that path, we are like that mysterious bottle of wine--better for our aging, with so much left to show, not quite knowing what tomorrow--or the next day--will bring. So…bring.  It.  On!
Posted by The Sweet Sommelier at 11:29 AM