Fall is every wine lover’s favorite time of year.  Harvest is upon us, and the actual production of wine begins.  Fall is also the time of other harvests, such as from my first-ever garden!  This summer I decided to mark an item off my bucket list by planting and harvesting a garden for the first time.  I planted what I considered easy plants to grow…after much consulting with people who actually know about this gardening stuff.  I also grew fruits and vegetables that I would enjoy nibbling as the fruits of my labors.
Over the course of the summer, I watered and weeded, pampered and plucked.  And in the end, I had nice harvests of my red strawberries, cherry and Roma tomatoes, fresh basil, fresh garden lettuces, yellow squash, and zucchini squash.  These easy crops made me almost feel like I had a green thumb; they were incredibly prolific.  Therefore, I was left finding tasty recipes in which to use my home-grown veggies.  I hope you enjoy these delicious recipes as much as I did! 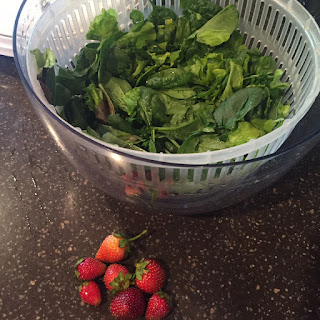 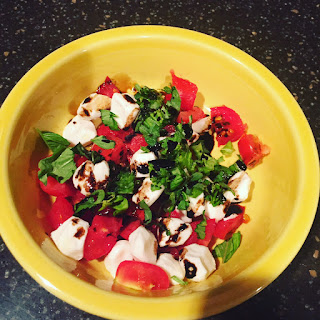 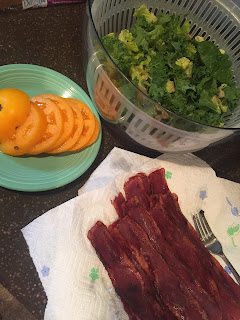 Yellow Squash
Slice yellow squash into half-inch-thick rounds.  Place in one layer on lightly oiled cookie sheet or cookie sheet covered with parchment.  Evenly sprinkle shredded, fresh Parmesan cheese on top of each round.  Put in pre-heated 400-degree oven.  Bake 30 minutes.  Check.  Then bake 5-10 more minutes or until cheese on rounds is golden brown.  Serve with a California or French chardonnay. 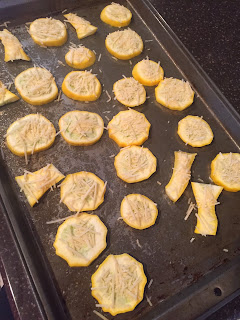 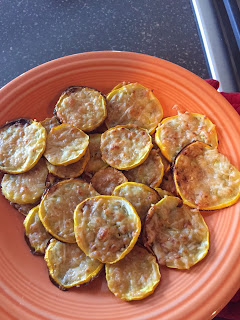 Zucchini Squash
Shred two cups of fresh zucchini, no need to peel.  Can also be frozen.  Add 1½ cup sugar; I use ¾ cup sugar and ¾ cup Splenda.  Then mix in ½ cup oil (I blend olive and canola), 2 cups flour, 1/3 cup cocoa powder, 1 tsp. salt, 1½ tsp. soda, and 2 tsp. Mexican vanilla.  Mixture will be somewhat thick.  Bake at 350 degrees in ungreased (9 X 13) cake pan for 30 minutes.  Let cool.  Continues to stay moist for days after baking.  Serve as a dessert (or late-night snack) with a glass of California cabernet sauvignon. 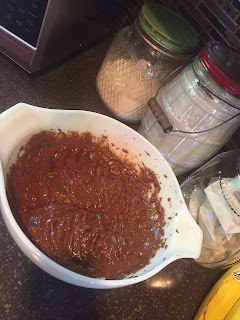 Posted by The Sweet Sommelier at 12:47 PM

The Most Wonderful Time of the Year!--Harvest at Old Folsom Vineyards

No, I’m not one of those that gets out the Christmas decorations way, way too early.  It’s harvest time!  The most wonderful time of the year…as far as a wine lover is concerned, anyway.

I’ve been lucky enough to experience harvest multiple times for different wineries, even though I live on the edge of South Dakota.  Yes, grapes are grown here.  And yes, wine is made from the estate-grown grapes.

So, here is to the harvest!  Please enjoy these pictures from Old Folsom Vineyards, just three miles south of Rapid City.  And remember to celebrate this season! 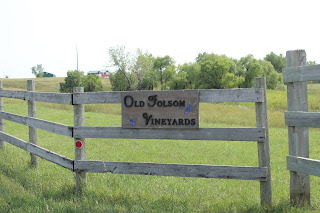 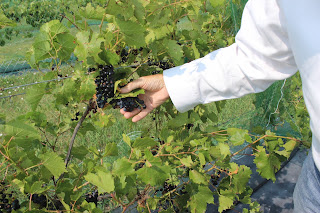 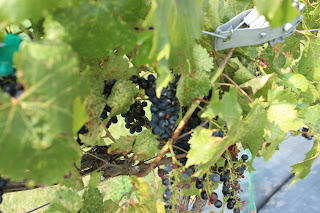 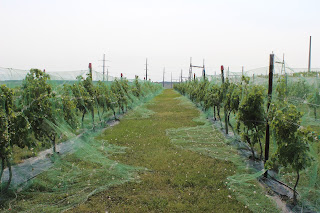 Posted by The Sweet Sommelier at 7:55 PM

No, he didn’t suddenly decide to drink.

He literally had his first beer.

It was a process that started almost two years before.  Andrew and his wife Tea, high school sweethearts and parents of two teenage girls, opened T&A Brewing, a tap room with the motto “No crap on tap!”  This might not seem like a big deal, but Tea and Andrew spent the first year convincing patrons to drink beer other than Bud Light. 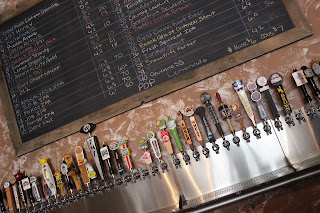 Andrew had been home brewing as a hobby for about four years.  Then he got sent out of town to work for eight weeks.  This job did not just send him to the community down the road, but all the way to Arizona, with no options to come home on weekends.  This was just too much for a family man like him.  It was the final straw that pushed him and Tea toward brewing on a larger scale and owning their own business.

The couple purchased a historic building on Main Street of their home town, Newcastle.  Though the Wrights have heard this structure was originally a hardware store, most locals referred to it as the Bronco Bar, the business it held for decades.  They then gutted the space from front to back, exposing original stucco and brickwork and making room for the brewery. 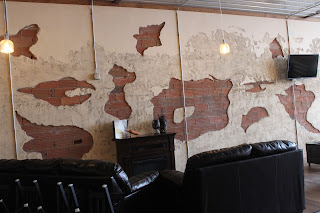 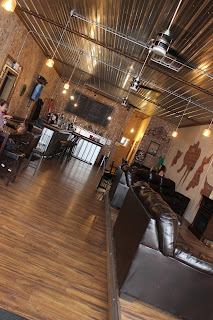 As Andrew and Tea jumped through the numerous federal, state, and local hoops to receive all the required licenses, time quickly passed.  Financial hurdles also acted as obstacles to the brewing timeline, but each time a complication occurred, Andrew found a solution.  Though Tea and Andrew did not have any business partners or financial backers, they did have a lot of friends and family supporting them at every one of these twists and turns.

This leads back to Andrew’s first beer:  T&A’s 747 Amber—the first in a series of beers Andrew is going to name after those who helped him and Tea make this dream a reality.  The beer’s namesake has a long history with Andrew.  Garrett Borton and Andrew go back a long time…way back.  Andrew and Garrett moved in together as seventeen-year-old seniors, both longing for their own freedom and space away from home. 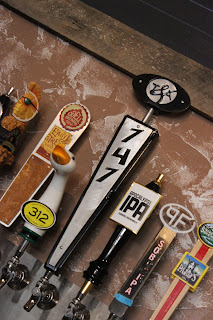 Fast forward nearly fifteen years, and Garrett was one who helped gut the historic building.  He spent hours sandblasting the stucco and brick walls.  He loaned tools, vehicles, and trailers for the moving of the brew equipment.  He may even be a valued customer at T&A now and again…wink, wink.  This helpful energy Garrett has given to Andrew and Tea’s business is shown in Garrett’s time of birth—7:47—proving Garrett’s high-octane, jet-fueled personality, a personality reflected in the amber ale.

Andrew chose an amber—Garrett’s favorite style—as the inaugural brew because it fits many palates.  It is more serious than a light beer, yet can still be good for non-craft beer drinkers.  Keeping with the high-octane motif that Garrett’s character provides, the ale is nearly seven and a half percent alcohol…yes, basically 7.47 percent. The 747 is “light on the palate for a dark beer with light caramel maltiness and a clean finish.”

Need any more proof that this initial brew is truly something exceptional?  Keep in mind the entire brew process took nearly six weeks—four weeks in the fermentation tank, one week in the brite tank, and one week in the kegs (carbonating).  That is six weeks of work to create a quality product...that sold out in just half that time. 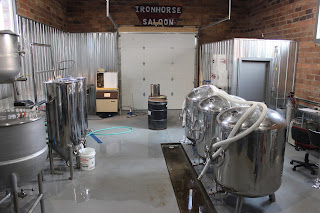 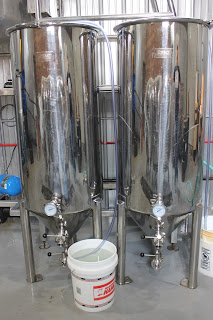 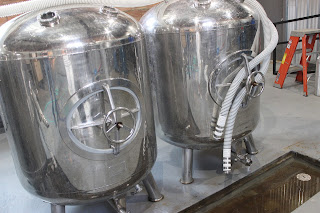 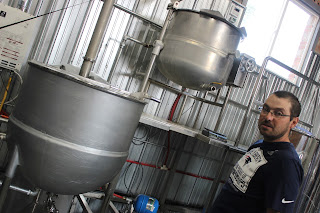 Yes, in a mere three weeks after the release, the 747 was gone.  Sold out.  Done.  Drank.  Enjoyed by Black Hills beer enthusiasts.   Enthusiasts that just can’t wait for Andrew’s second beer. 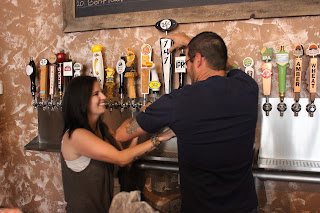 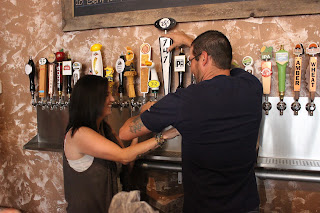 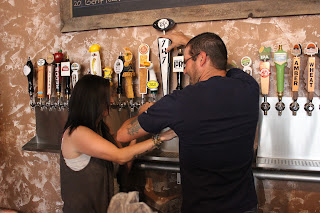 Posted by The Sweet Sommelier at 3:08 PM