Around the corner we looked, hoping not to be noticed.  We slipped into the back alley.  Luckily, no one was there.  My companions and I saw the door we needed.  We quickly slunk inside.  Down the long stairway we walked, a bit apprehensive about what we might find along the way.  Then we saw it:  the door.  It looked just like a safe, but we knew the “treasures” hidden behind were more than money.  After entering the code, the heavy door budged.  On the other side, the dark room invited us in further; however, first we had to pass yet another test with a secret phrase.
The year was 1923, and prohibition was in full swing.  Because alcohol for commercial ventures was illegal, people like my group of the evening had to sneak around just to enjoy a cocktail.  Speakeasies were not uncommon, just difficult to find and dangerous to be caught frequenting.  We were on edge.

Wait!  The year was actually 2015, and my friend, her husband, my husband, and I had just passed through all the obstacles to get inside Rapid City’s Blind Lion, the only speakeasy in the Black Hills.
Though the reservation was made through text only and the entrance codes were sent this way as well, the confusion of the year can easily be explained after this initial modern interaction.  The rest of the event truly felt like being transported back in time.  The instant we stepped into the Blind Lion, we indeed could have been in 1923.  The servers were all dressed in period clothing.  The furniture was authentic.  Even the room, located in the basement of an old brick building (Murphy’s), was sound proof from the floors above.  We couldn’t hear the outside world, and the outside world could not hear us!
Once seated, our group was offered “The Axe.”  Not to be worried; this was nothing scary.  It was what the Blind Lion called its cheese and charcuterie board.  There was also a limited but lovely looking menu for those interested in food, desserts included.  Our main interest, however, was the unique cocktail menu.

Filled with distinctive options, the cocktails were the main reason to sneak around to this establishment.  Premium liquors, house-made ingredients, and hand-chipped ice were the basis for these drinks.  Though beer and wine options were available, as our server told us, the cocktails here should not be missed.

The drink I enjoyed was the Lavender Star:  vodka, fresh lime juice, lavender simple syrup, and Champagne.  Of course, I had to do the sparkling wine cocktail on the menu.  It only seemed right.  Light, refreshing, and flavorful, this was a great way to mix wine and liquor.
My friend Amy ordered the Pear Side Car:  pear brandy, orange sour, and brown sugar syrup with a rock brown sugar rim.  Beautifully served in a martini glass, this was a drink worth trying.

Amy’s other half Bryce ordered the Burnt Apple.  This absinthe-based cocktail packed a kick as it was mixed with apple whiskey, Licor 43, Peychaud’s Bitters, and cinnamon.  Though this was a very tasty concoction, the art of creating this drink made it even more special.  Behind the bar, the inside of the glass was coated with liquor and then set afire.  This fire was put out when the mixed drink from the shaker was poured into the martini glass and then topped with a round apple slice.
Brian, my other half, ordered the most unique drink on the menu—the Smoking Barrel.  A special machine was used to smoke the customer’s choice of tobacco.  The smoke was pumped into a small carafe with the liquor of choice—in Brian’s case Pendelton Whiskey—then swirled with the smoke to infuse the alcohol.  This infused whiskey was then poured over a large ice ball in a cognac-style glass, which held the smoke on top of the liquor.  This was beautiful! 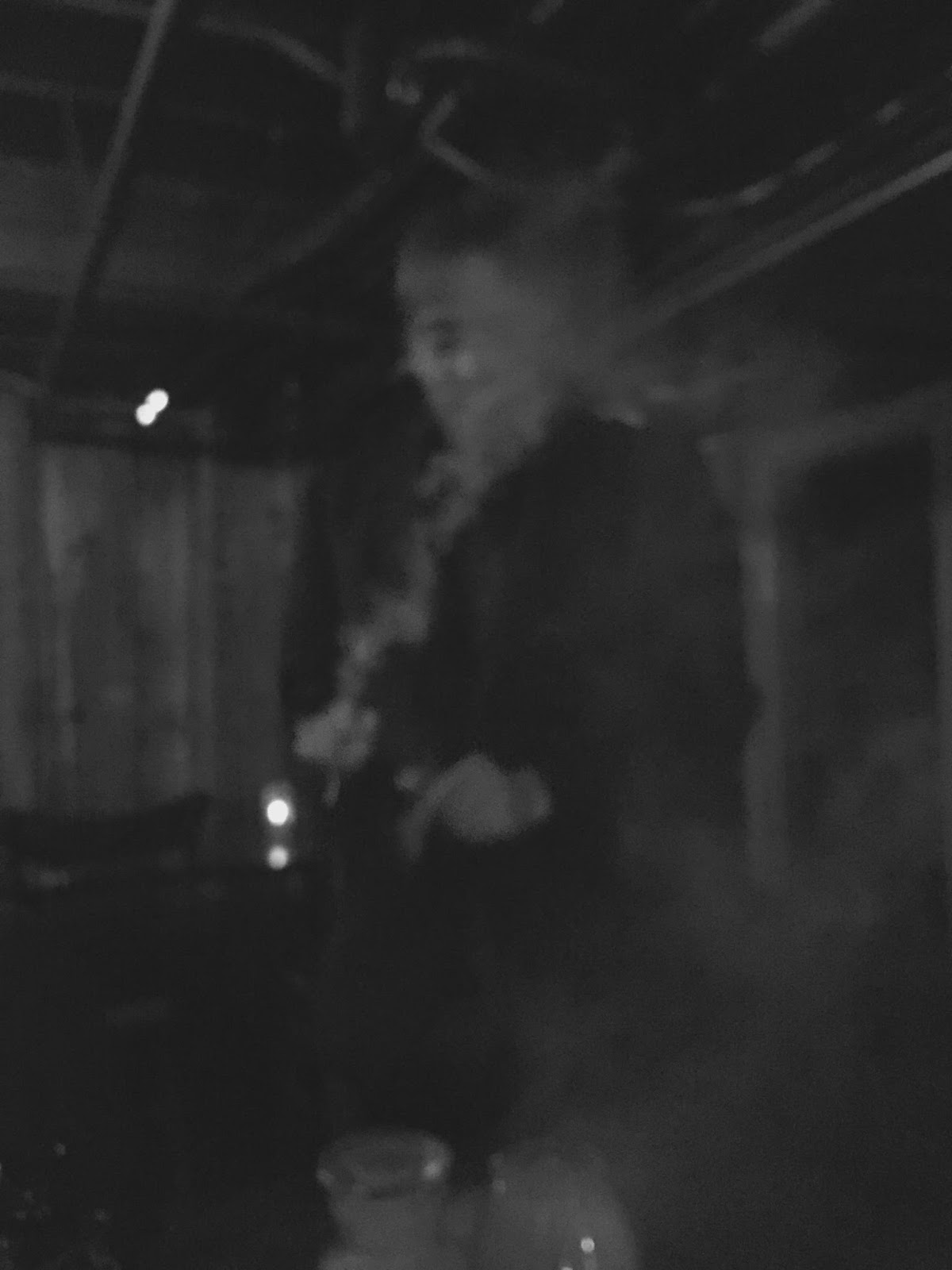 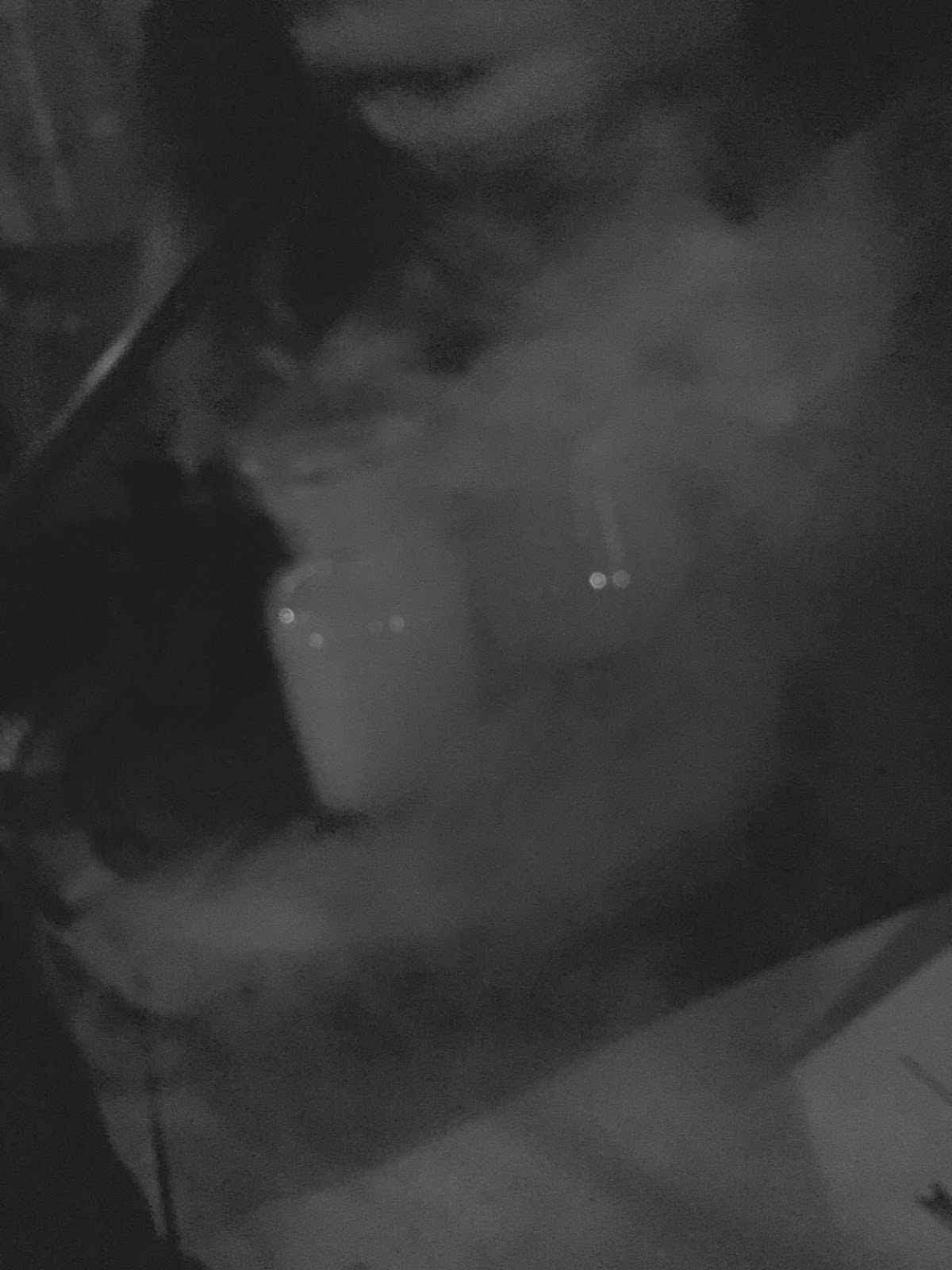 Our cocktails were sipped in pure indulgence as we enjoyed the exclusive environment of the speakeasy (including a dress code that requests patrons to at least be in business casual attire).  Many other wonderful options of cocktails were on the menu.  We just couldn’t try them all in one night…and still make it up the stairs!  This just means that another visit to the Blind Lion must be in our near future.

We felt as if we needed to hide even as we sneaked out of the hidden bar to end the evening.  It wasn’t until we hit Main Street Rapid City to view modern vehicles and numerous people taking selfies on cell phones that we realized we had been transported back to the modern era.  Whether prohibition was really a simpler time—or it just felt that way to us that night—I’m sure could be argued.  However, the Blind Lion is a hidden gem.  People who enjoy a special ambiance and artful cocktails instead of a dirty bar and cheap beer will rave about this clandestine experience.   Don’t be apprehensive to feel as if you are breaking the law.  Sneak a peek soon!
Posted by The Sweet Sommelier at 5:16 PM