It’s that time of year again.  The time when people go a little crazy.

On Sunday, sports fans everywhere waited with baited breath as they watched ESPN to fuel their craziness.  Instantly, they began planning their brackets, deciding who would win, who would lose, who would be the Cinderella team, and who would go all the way.

While everyone around me is going crazy with March Madness and the NCAA tourney that starts later this week, I am nursing a sickness, too.   My illness is just as serious, but comes in a different form.

Hello, my name is Kara, and I have spring fever.  Bad.

How do I feed my fever?  No, I don’t look up win-loss records.  I don’t investigate shooting percentages.  Rebound records mean nothing to me.

My spring fever is only remedied by travel…wine travel.

This time last year I was busy researching my upcoming summer stay in Sonoma by choosing the elite eightwineries of northern California that I wanted to visit.

The initial list was incredibly long, and whittling it down to just eight seemed almost impossible.  I made the final cuts after having quite strict criteria:  I would spread my choices between Napa and Sonoma, visit both historic and newer producers, choose producers who used diverse grapes, and taste only labels which I never had.

My list was fantastic, and it led me on an incredible voyage of tasting.  I still hate to admit I never made it to all eight. Not because I didn’t try…but just because there were wineries everywhere, and others—many others—were added to my list.

This year’s spring fever is being cured with a trip to Oregon, one of my favorite regions that just happens to produce large quantities of my favorite grape:  pinot noir.

My trip is much shorter, just a week.  The area to cover is large, over 150 miles long and 60 miles wide.  My criteria this year is a little more relaxed:  I am going to visit both north and south Willamette Valley and stop at early Oregon producers.  However, diversity in grapes is not a concern…bring on the pinot noir!  Finally, producers that I have tasted before are not only allowed, they are encouraged.  Winemakers whose wines I know well are actually top on my list.  New wines I have longed to try will be part of my eight, but that is not a must this time around.

Ponzi Vineyards—Ponzi qualifies as both an historic producer and one I have been dying to try.  Oregon pioneers Dick and Sandy moved to Oregon in the late 1960s and planted vines in 1970.  Wines can be tasted at the new facility which opened in 2008 or at the historic, original vineyard.  No matter, I look forward to stopping at this elite winery, though I haven’t decided which location I will be visiting just yet—I want to stop at both! 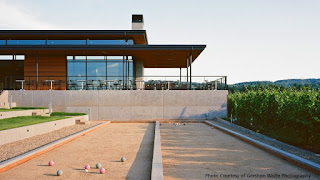 Domaine Drouhin—“French soul with Oregon soil” was the premise for the Drouhin family, long-time Burgundy winemakers, to search for the perfect New World location to make great pinot noir.  Several tasting options are available at the state-of-the-art gravity flow facility.  However, the comparative tasting between Drouhin wines from both Burgundy and Oregon seems an intriguing way to get to know this producer. 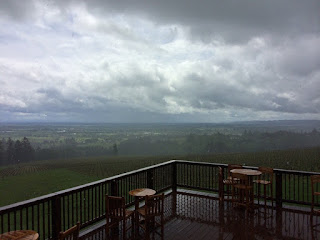 Penner-Ash—Lynn Penner-Ash studied at UC Davis and trained in Napa Valley, creating a very prestigious resume.  She then moved with her husband Ron to become the first female winemaker hired in Oregon.  In 1998, Lynn and Ron took the risk to open their own winery, Penner-Ash.  Though the focus here is on pinot noir, other wines are made from syrah, riesling, and viognier.  There is an absolutely beautiful view from the winery, but a hike through the vineyards is also a tasting option I may want to try. 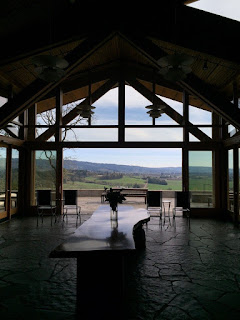 Sokol Blosser—Susan Sokol and Bill Blosser also graduated from a respected California university—Stanford—and then left the state to start fresh in Oregon in the 1960s.  By 1977, they were making their own wine from estate vineyards and raising a family on site.  Today their wines set the bar high for Oregon producers.  Farming is still in the Sokol-Blosser blood, shown in their demonstration vineyard for customers to see firsthand how vines grow each season.  Unique tasting options abound here with a vineyard hike and an ATV tour in the summer. 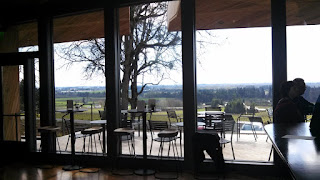 Erath—Dick Erath started making wine in his garage in 1965.  From there he planted 23 varieties of grapes in the Dundee Hills.  Pinot flourished in Oregon, as did his eventual winery.  Erath and subsequent winemakers have created the quintessential Oregon pinot noir:  delicate, complex, fruit-forward, and earthy.  Though the winery is no longer family owned, it is definitely a must-taste experience, and even though many Erath wines are widely available, I am ecstatic to experience the winery and the pinot noirs not available to the masses. 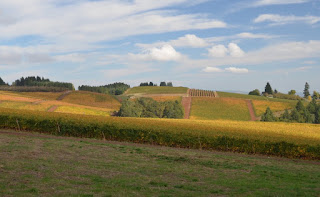 Firesteed Cellars—Firesteed is a much smaller and lesser-known winery than many on my list, but it shouldn’t be.  This is perhaps the one I am most excited about visiting.  I have developed quite a fun social-media relationship with Shellie Croft--wife of winemaker Bryan.  For over a year now I have watched the vineyard and cellar work at Firesteed, as well as gotten familiar with the Croft family.  Their riesling and pinot noir are available in my tiny state of Wyoming, but I can’t wait to meet the dedicated producers of these wonderful wines…and make a real-life social media connection. 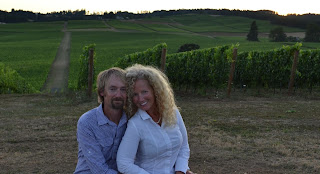 King Estate—The southern Willamette Valley also has wineries to visit, most notably, King Estate.  Just south of Eugene lies one of Oregon’s largest producers, as well as the largest organic vineyard…not just in the state, but in the world.  The on-site restaurant is known for using products from the surrounding area and organic produce from the estate gardens.  Of course, the wine is stellar and worth drinking in the beautiful tasting room with sweeping views of vines.  A reason, in and of itself, to go further south. 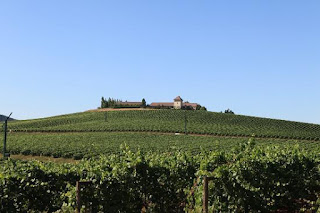 Sweet Cheeks Winery—To top off my eight wineries on my Oregon list is Sweet Cheeks Winery, another southern Willamette destination.  After growing grapes for other winemakers for over three decades, the producers decided to make some of their own wines.  Sweet Cheeks is known for its fantastic staff, beautiful views, and tasty wines.  Picnics are encouraged when the weather permits, and on Friday nights, live music adds to the entertainment provided here.  This also happens to be one of my Oregon friend's favorites, so I must see what she loves about Sweet Cheeks—other than the name that just makes me smile.

I have been bitten by the bug.  I have spring fever…and it’s a bad case.  While others cure what ails them with their basketball brackets and hours spent contemplating who will be successful in the NCAA tournament, I spend my time reading travel books and planning winery visits.

To each his—or her—own, but travel is the one remedy for me, and this year, Oregon is the prescription.  I’ll take one trip and call the doctor in the morning.
Posted by The Sweet Sommelier at 4:20 PM