What the Heck is a Brinery? Black Hills Beer and Wine

And in addition to brinery, what the heck is a portmanteau?  Are these two of those complicated wine terms the average person has no clue about and no use for?  What do these words mean?!?


Actually, a portmanteau is a word created by combining two words together into one—ginormous, Spanglish, Brangelina.  Lately, our culture is filled with them.  So I decided to create my own:  brinery!  A brinery is a mix of brewery and winery together, and this past Saturday I led a wonderful group on a Black Hills Brinery Tour, getting the best wines, beers, and scenery the Black Hills has to offer. 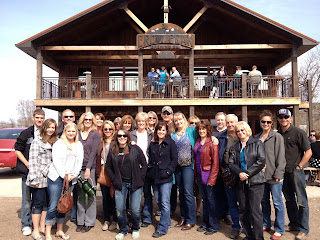 
Naked Winery is an interesting Black Hills story.  The wines are actually produced in Oregon, primarily from Washington and Oregon grapes.  South Dakota has two Naked Winery tasting rooms; the original in Custer, South Dakota just celebrated its second anniversary in March.  I have been privileged to witness the evolution of these tasting rooms from the very beginning, and what a fast evolution it has been!  The Hill City tasting room has expanded the number of wines it sells, doubled the size of its tasting room, and started brewing its own beer under the Sick and Twisted name.  There are six Sick and Twisted beers, all with some pretty risqué names, adding to the whole naughty, naughty theme of the Naked wines.  Though I regularly admit I am not a beer connoisseur, several in our group who are avid beer drinkers gave the Sick and Twisted beers thumbs up.  (I even remembered to bring the hubby’s growlers from home and filled a growler with the Panty Dropper Porter…I told you, naughty, naughty!)   The wines, as always, were a special treat!  In the past I have I enjoyed the flagship wine of Naked, the Merlot, and the 2009 vintage was no exception.  I also have a special affinity for Oregon Pinot Noirs, and Naked has two that are very nice!  Yes, Naked Winery/Sick and Twisted Brewery is a perfect example of my new word brinery! 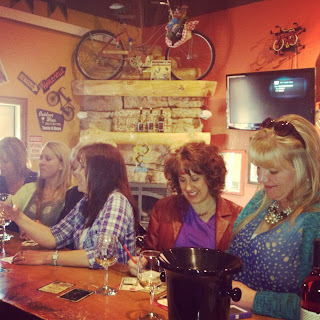 
I have also written about Prairie Berry Winery before, as it was the winery that broke ground for the other tasting rooms and wineries that now call the Black Hills home.  Prairie Berry has also evolved into a premier winery, whether in the Black Hills or elsewhere.  Originally, Prairie Berry produced more (and became famous for) fruit wines from rhubarb, pumpkin, and buffalo berries.  However, as this establishment has attracted more palettes, it has also evolved.  It now produces more dry reds and some very quality dry reds at that!  I happen to enjoy Phatt Hogg Red (a blend in the Pinot Noir class), Rimrock (a Zinfandel), and Sand Creek (a Cabernet Sauvignon blend).  The fruit wines are still incredibly fun and popular, and in honor of the Cinco de Mayo weekend, one could order a Red Ass-arita, a margarita made from Red Ass Rhubarb wine.  We also ate our lunch at this stop.  Though I can rave about how far PBW has come with its wine production, I don’t have the words to talk about the food that can be experienced here!  We had gourmet Paninis and pizzas since we were just breezing through, but the lunches and special dinners here are absolutely amazing!  I am hungry just thinking about the mouth-watering treats served from the kitchen created by specialty chefs Maija and Heidi. 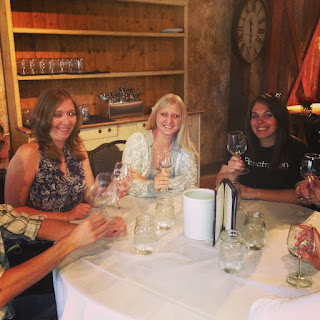 
Though the Black Hills still has a very small number of wineries and tasting rooms, I love that each one is so unique when compared to the last.  Belle Joli is different still from the last two stops.  Enologist and vintner Matthew Jackson went to CSU Fresno, and then came back to Belle Fourche, South Dakota to grow grapes.  There is the facility and vines in Belle Fourche, but now there is also a small tasting room in Deadwood, South Dakota and more vines between Belle Fourche and Sturgis, SD.  Also, expansion plans include a larger tasting facility outside of Sturgis, hopefully breaking ground this summer.  Jackson grows the majority of his grapes and outsources for some of the fruit used in his dessert wines—cherry, peach, and pear.  The new peach and pear dessert wines I tried this weekend have similar residual sugars to ice wine, and the wonderful smooth flavor showed this.  Belle Joli is still a true family affair, with Matthew’s wife, Choi, and parents taking active roles in the wine production.  I look forward to seeing the continued progress of Belle Joli and its truly South Dakota product. 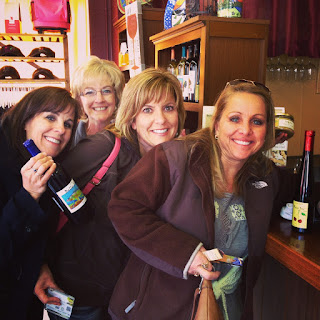 Purchasing at Belle Joli in Deadwood.﻿


The final stop on our Brinery Tour took us to yet another unique aspect of the growing wine and beer industry:  Crow Peak Brewing in Spearfish, South Dakota.  The brewery started on a small scale in 2007, and then moved to a gorgeous, wood-sided facility in 2009.  (The mantel made of rocks that is in the shape of a beer jug is my favorite part of the décor.)  Many seasonal beers are brewed here, but some of the selections are canned throughout the year for distribution around the multi-state area:  Pile O’ Dirt Porter and 11th Hour IPA.  Again, I’m not a beer drinker (wine only, thank you!), but I love the ambiance, culture, and environment of microbreweries.  They are just fun places to be!  Crow Peak was no exception.  Our large group split into smaller groups and received tours of the beer production areas from Josh, one of the owners.  We also sipped on many different types of beer, from a lighter cream ale to a hoppy, hoppy IPA.  I was again prepared with the growler that I filled with the hoppiest of the beers for my hubby, since those are his favorites. 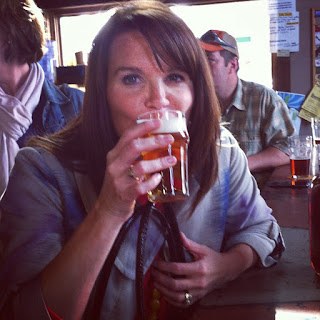 The sommelier had a beer...at Crow Peak Brewing in Spearfish.


After four stops enjoying Black Hills brinery experiences, the bus ride home was not boring.  (What happens between Sundance and Upton, stays between Sundance and Upton.  Hahaha!)  I truly enjoyed both the wine and beer of the brineries in the Black Hills.  Just like portmanteaus evolve with our culture and society (who would have imagined a word like “sexting” even ten years ago), the wineries and breweries of the Black Hills are evolving into world-class establishments.  My hope is that as these industries boom in all regions of the country, our little corner of the Midwest will also continue to see the expansion of these industries.  Next year’s Brinery Tour can’t get here soon enough!
Posted by The Sweet Sommelier at 10:41 AM