At Its Peak--Crow Peak Brewing

I did it once more.  I cheated.  I am here to confess my transgressions.  I cheated on wine…with beer…yet again…

Frankly, I blame the fascinating microbrew community for making me do it.  It’s not my fault.  I just couldn’t help myself.  There were too many temptations for me.  I should not be held responsible for my actions!

Today it was Crow Peak Brewing.  I was instantly attracted to the exterior looks.  It is one great looking facility!  Tall, dark, and handsome.  Two stories with an outdoor, upper deck—who wouldn’t be attracted to that? 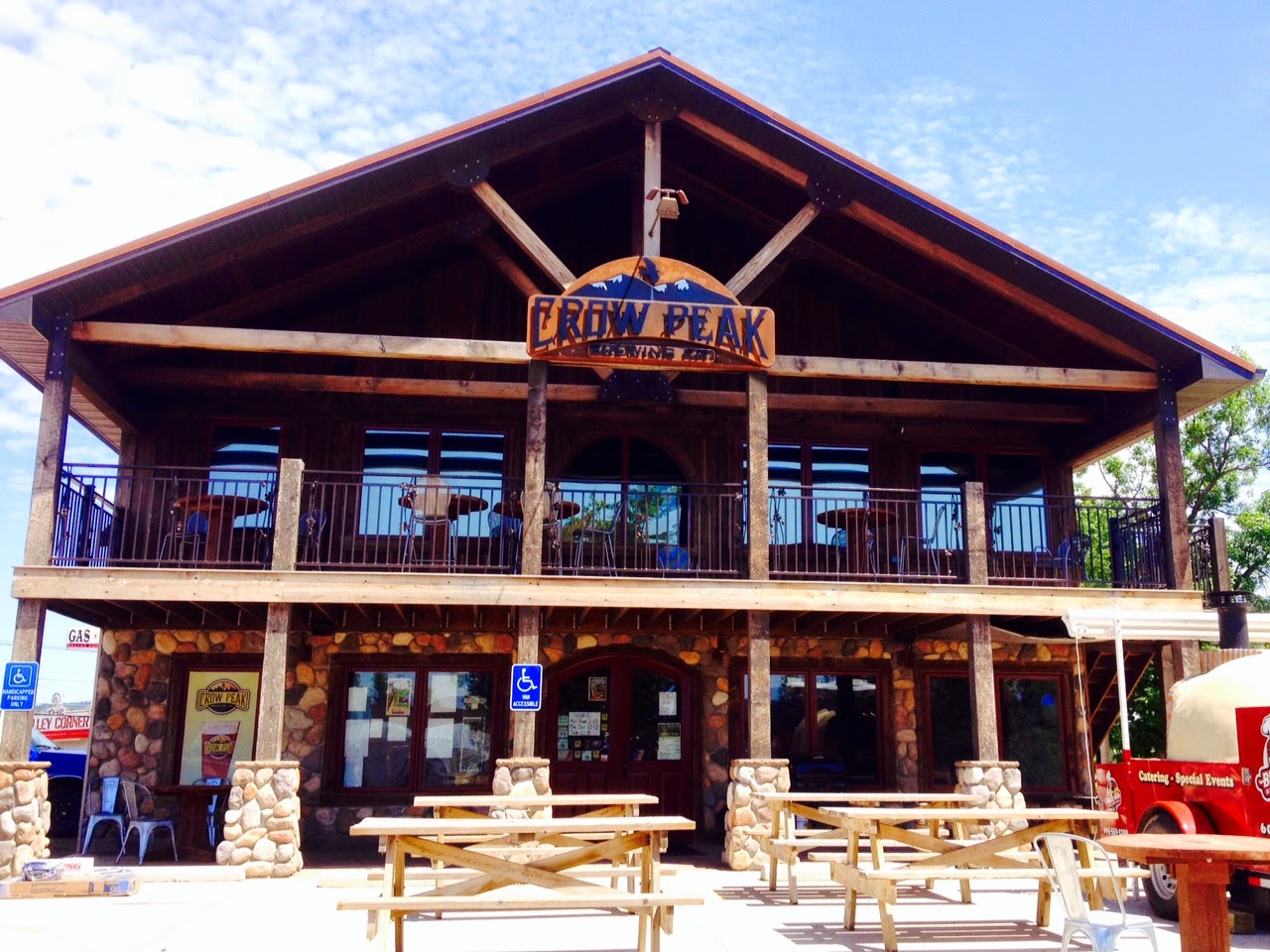 The inside is just as striking.  The large, open seating area lures drinkers in…even wine drinkers like me.  The unique fire place was practically calling my name as it winked at me and said, “How you doin’?” 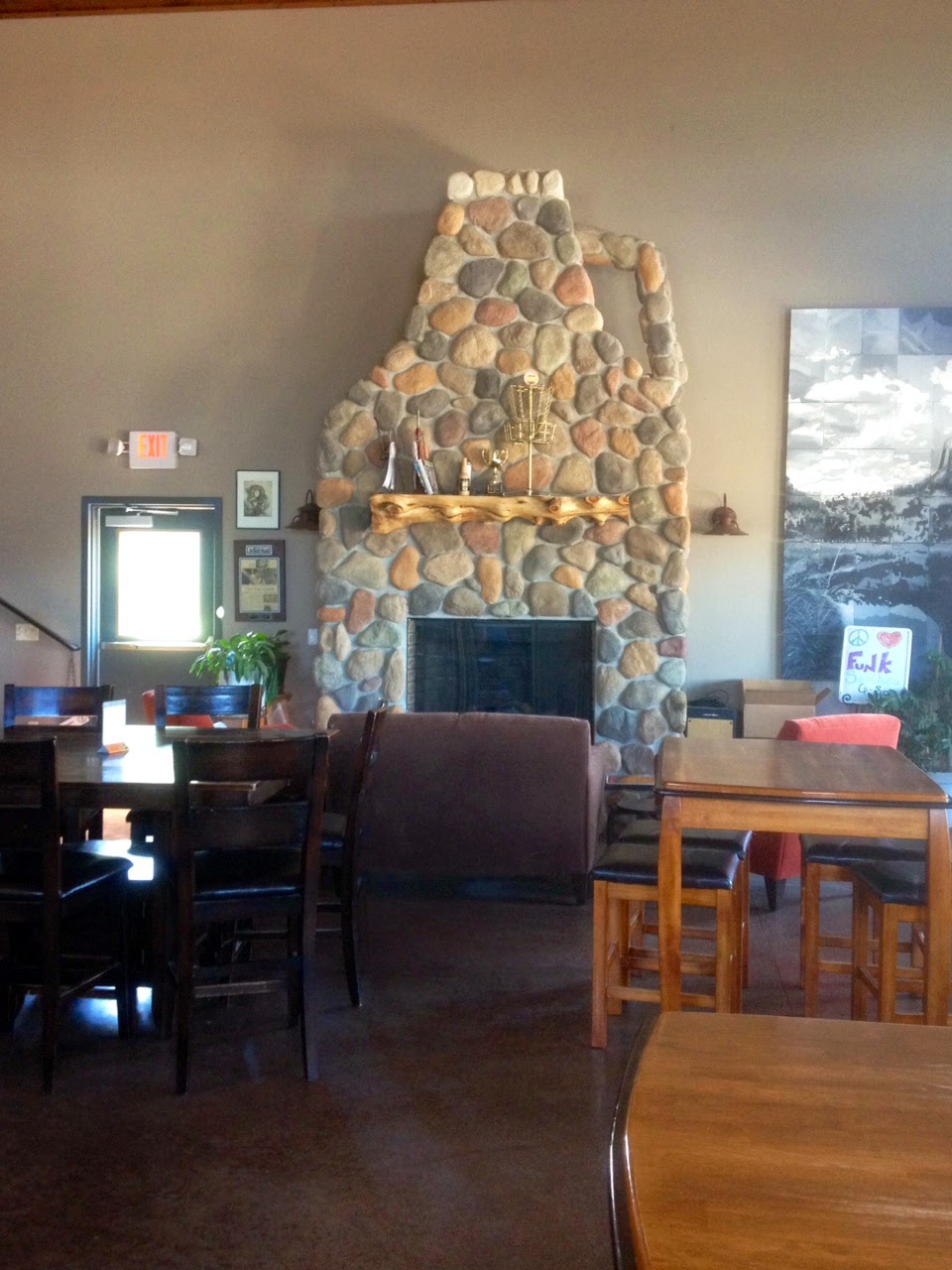 I took the bait.  I sat down at the bar and let the beer talk to me.  I was in trouble.  They were all so seductive.

First, it was the three beers Crow Peak produces and distributes all year around:  Pile O’ Dirt Porter, Canyon Cream Ale, and 11th Hour IPA.  These three show the range of styles Crow Peak spans, and they are impressive.  From the dark porter, to the hoppy IPA, to the light ale, all show the quality original owner Jeff Drumm was reaching for when he started brewing on a large scale in 2007.

Next, I was attracted to the seasonal options, some distributed in the Midwest and areas surrounding Spearfish, some only available on tap at the brewery.

The 5.2 Imperial Decade IPA, brewed by Jeff for himself on his fifty-second birthday, is a masculine beer filled with hoppy bitterness (100 IBUs to be exact!).

But these beers are in touch with their feminine sides as well.  Take the Ancient Mariner for instance.  It uses a saison yeast brewed with Chai tea for that sugar and spice and everything nice factor.

This season’s Easy Livin’ Summer Ale is the perfect date for a hot summer day with its light hop and slightly sweet flavor.  (And it just smells so good!)

Spearbeer, the first Crow Peak beer Jeff brewed, shows there is no fear of commitment here.  It is a beer with staying power.

And to keep the excitement alive, Mjollnir is an ale with a secret…a secret ingredient.  Mjollnir, meaning Thor’s hammer, uses Black Hills spruce tips in the recipe to spice things up!  Unfortunately, Mjollnir also likes to play hard to get as it is a winter seasonal beer, not available for purchase at this time. 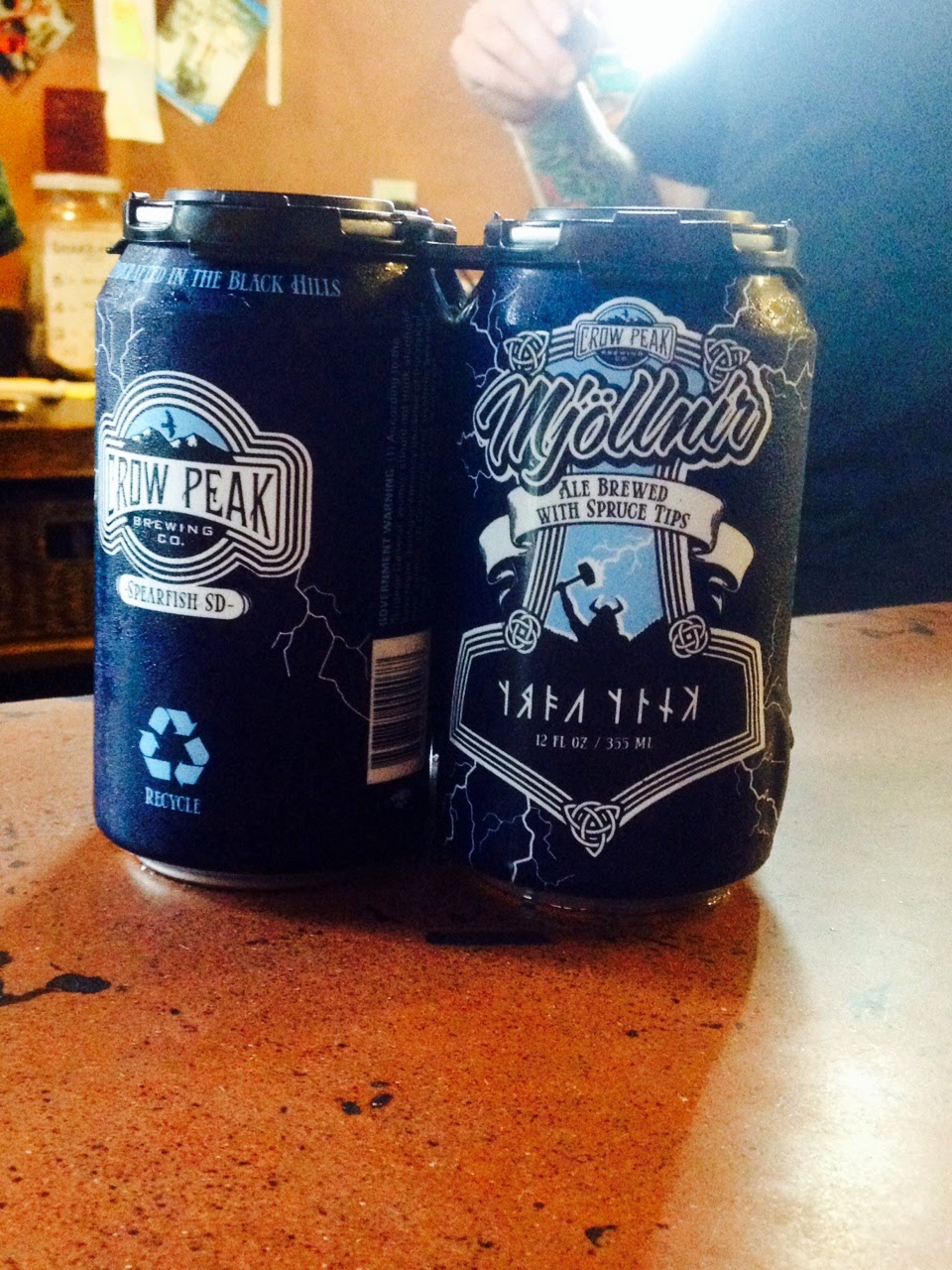 Mjollnir is secretive, seductive, and spicey.
﻿
As if all of these beer selections weren’t enough to cause even the best wine drinkers to stray, Crow Peak carries eight beers on tap and has a rotation of over forty beer recipes that could show up on the menu at any time.

With so many options fighting for my attention, it is no wonder my eyes wandered away from wine and to the many beers Jeff and crew (Josh, Matt, and Adam) brew.  There are just too many temptations for someone to be faithful all the time.  Though wine is my first—and true—love, my attentions may be pulled to the booming craft beer movement in the Black Hills more often.  And let’s face it:  every once in a while, a girl just needs a beer!  Forgive me, please. 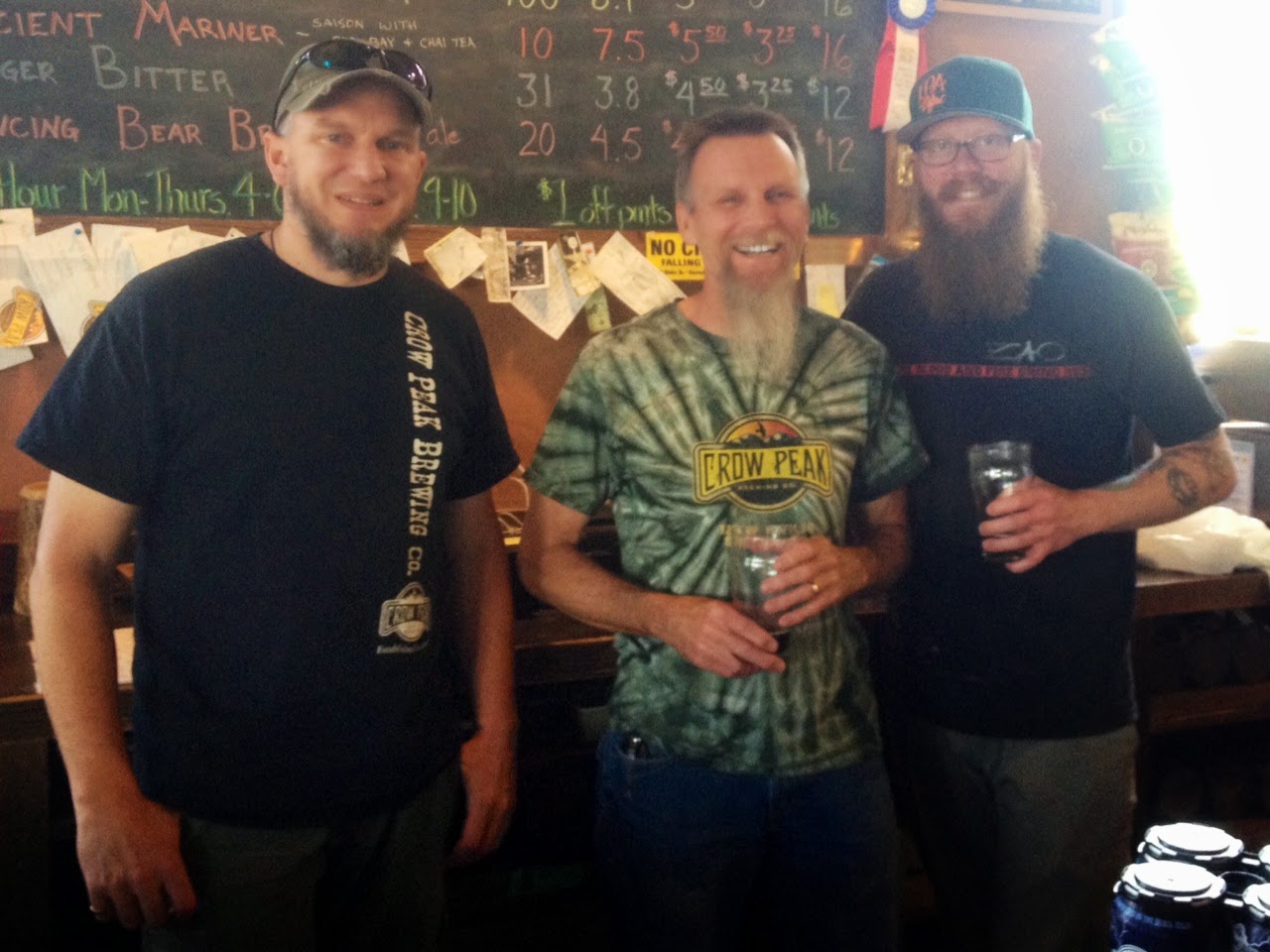 Posted by The Sweet Sommelier at 10:25 PM