It's the Thought That Counts--Two Shepherds Vineyards

It takes a lot to make wine.  Yes, one needs grapes, and equipment, and time, and money, and passion, and work ethic, and…the list goes on and on.  However, to make GOOD wine—really GOOD wine—it also takes a lot of thought.


Voltaire once said, “No problem can withstand the assault of sustained thinking.”  William Allen of Two Shepherds Wines saw a problem.  He saw wines that were over-processed and over-worked, wines that didn’t show a sense of place where the grapes were grown.  He saw too much manipulation, too much use of the same grape varieties.  And William thought.


He moved to California wine country and thought.  He started his own wine blog as “Sonoma William”—Simple Hedonisms—and continued thinking.  He home brewed beer.  He started making small batches of wine.  He became part of the Rhone Rangers movement and then president of the North Coast Rhone Rangers, focusing on grapes that are traditionally grown in the Rhone Valley of France:  Grenache, Grenache Blanc, Viognier, Syrah, and Mourvedre.  He thought, and thought, and thought.  He began to form the ideas of what he believed would not only make wine in northern California, but make great wine.


This “assault of sustained thinking” led him to use primarily neutral oak, all indigenous yeasts (with no inoculation), and some whole cluster fermentation with no new oak, no filtering, and no Cabernet Sauvignon. He started small—just 175 cases in 2010; however, by 2013 he was up to 1,000 cases from 11 varieties (10 of which are Rhone) sourced all the way from the more southern area of the Santa Ynez Valley to the more central area of Lodi.  This is quite an undertaking, especially considering that, for the most part, William is a one-man show, doing the majority of the production work himself, all while still maintaining his full-time “day job”.


The Whites
Grenache Blanc 2012—Two Shepherds largest production with 200 cases made, this wine (sourced from the Saarloos Vineyard in Santa Ynez) is filled with mineral on the nose and golden apples on the palate while being both incredibly smooth and brightly acidic.  (I purchased this white.) 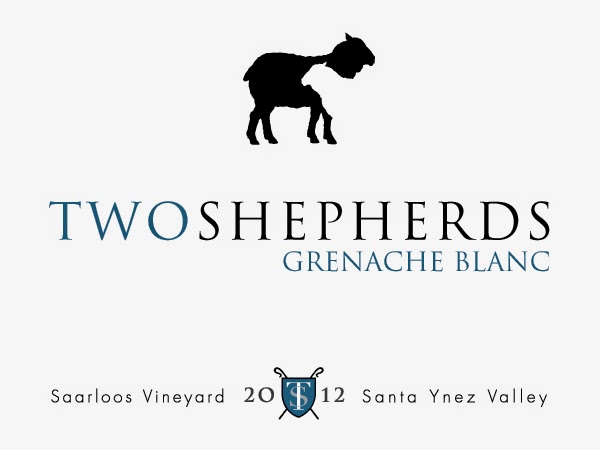 Pastoral Blanc 2012:  Roussanne, Marsanne, Viognier, Grenache Blanc Blend—The nose shines with pineapple and baked apple as the palate reinforces these fruits.  Once again, this wine has that great acidity while maintaining a velvety smoothness not often found in acidic whites.  William thinks this wine has great aging potential for the next decade. 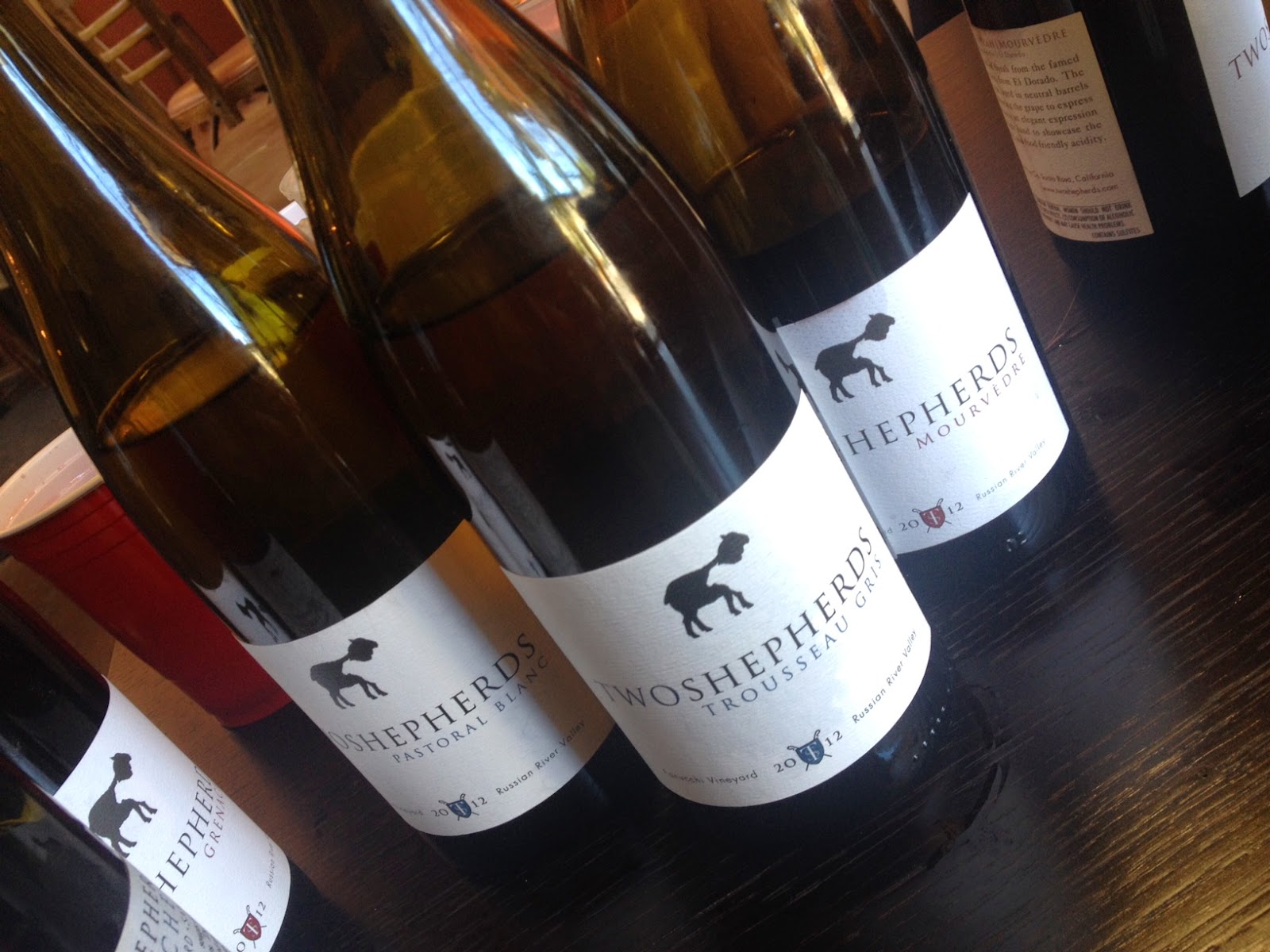 Viognier 2013—Grown in Saralee’s Vineyard in the Russian River Valley (one of William’s absolute favorites), the nose of this wine is filled with flowers and tropical fruits which are repeated on the palate.  With only thirty-three cases made, this is a very special wine.


Trousseau Gris 2012—This might be considered a schizophrenic wine showing William’s inner wine geek and constantly-processing brain.  William used white grapes but produced them as he would a red wine, with 12 days on the skins after two punch downs a day; it is a beautiful neon-apricot color showing soft tropical fruits on the nose and palate.  William recommends continuing to treat this as a red wine and serving it at red wine temperature. 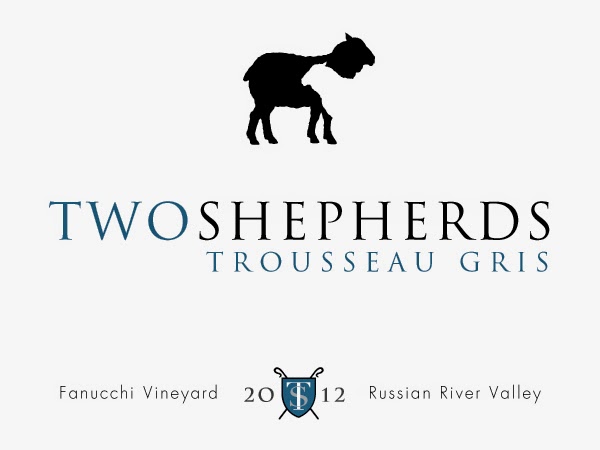 The Reds
Grenache Noir 2012—Also sourced from Saralee’s Vineyard in RRV, this was my favorite red!  A slightly murky shade of chokecherry, the nose was filled with strawberries, raspberries, and blueberries; the palate was packed with these mixed berries and that zippy acid that William’s wines display.  (I purchased two of these and have already consumed one.)  A barrel tasting of the 2013 Grenache had slightly less fruit on the nose at this time but still great berries and acid on the palate.  This 2013 is shaping up to be just as fantastic as the 2012. 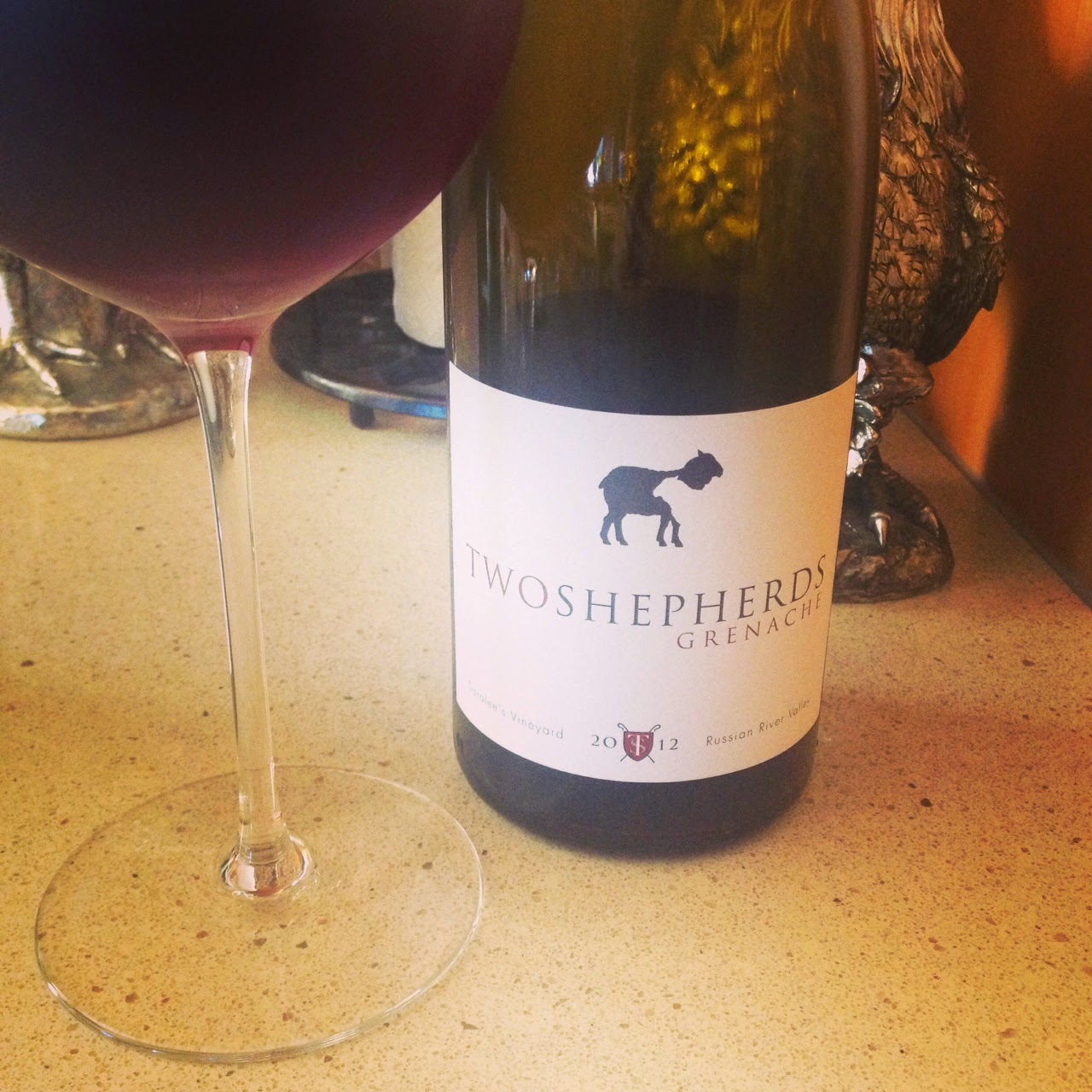 
Syrah/Mourvedre 2011—This almost fifty-fifty blend sourced from the Russian River Valley has baked fruit and spice on the nose with currant, cherry, spice, and metal on the palate; I might add this also had a finish that lasted forever!  The aging possibilities on this wine look good. 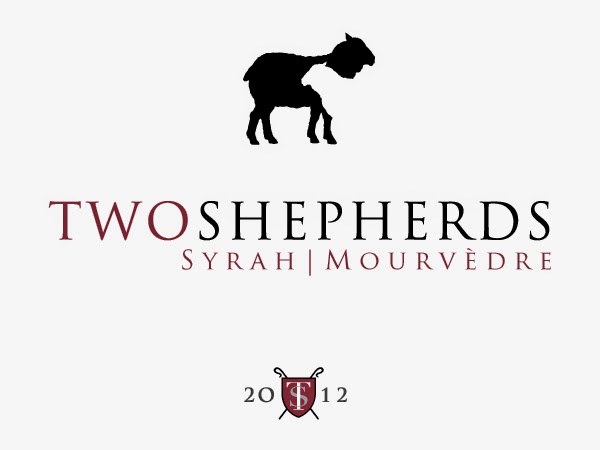 Mourvedre 2012—Also sourced from the RRV, the nose had currants and cherries with dried herbs that were repeated on the palate with lively acid.  Such a great style of Mourvedre, with only 12.3% alcohol (lower alcohol percentages are typical of William’s wines).  This would be a great food-pairing wine.  (I also purchased this wine.) 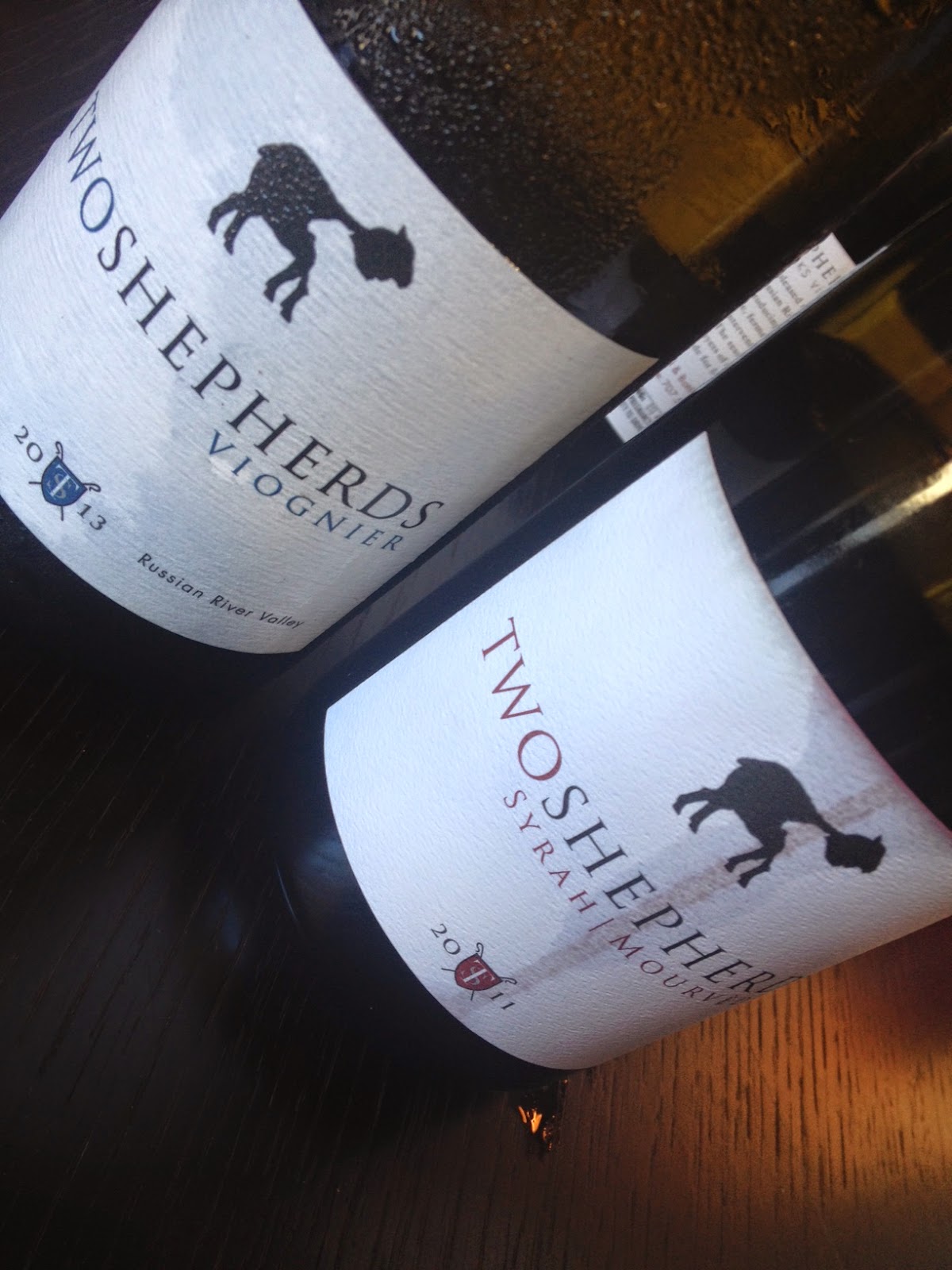 William Allen definitely made all of his thinking count when he started his Two Shepherds label.  Though he lives in the part of the country where he has easier access to the basics of winemaking—grapes, equipment, facilities, storage, etc.—and he added the time and money needed to make wine, he knew he wanted more.  He wanted to make a THOUGHTFUL wine, a wine that fixed the problems he saw in the industry.  His attentive yet almost minimalist style of winemaking is a model to be emulated, to be followed, to be enjoyed.  William definitely made his sustained thinking about absolutely every detail of winemaking count!
Two purchase any of these wines, please go to the website:  Two Shepherds Vineyards.
Posted by The Sweet Sommelier at 2:24 PM