Three years ago, Matthew and Choi Jackson bought a plot of land on the outskirts of Sturgis, South Dakota.  Their goal?  To move a step forward in the fulfillment of a dream.  However, this dream had actually been a work in progress for over a decade, from the time the first grape vines were planted on a small half-acre plot inside Belle Fourche city limits in 2000.  To say a dream is coming true for the entire Jackson family as they celebrate the grand opening of their sparkling house and wine tasting room off Exit 32 this weekend is more than an understatement!


After the initial purchase of the land, the area was then annexed into Sturgis city limits, and the process of getting water and sewer to the site was the first hurdle to overcome.  Last fall, ground was finally broken and construction commenced on a modern tasting room and wine-making facility that would house the equipment to make the Black Hills’ first sparkling wines produced in the traditional method—the same method used to make world famous Champagne wines in France.  Of course, nothing can go as smoothly as planned, and a Black Hills winter that saw the initial blizzard of the year the first week of October and the last snowflakes in May slowed down construction by several months.  Finally, on the Friday of opening weekend for the seventy-fourth Sturgis Motorcycle Rally, Belle Joli’s sparkling house and tasting room opened its doors. 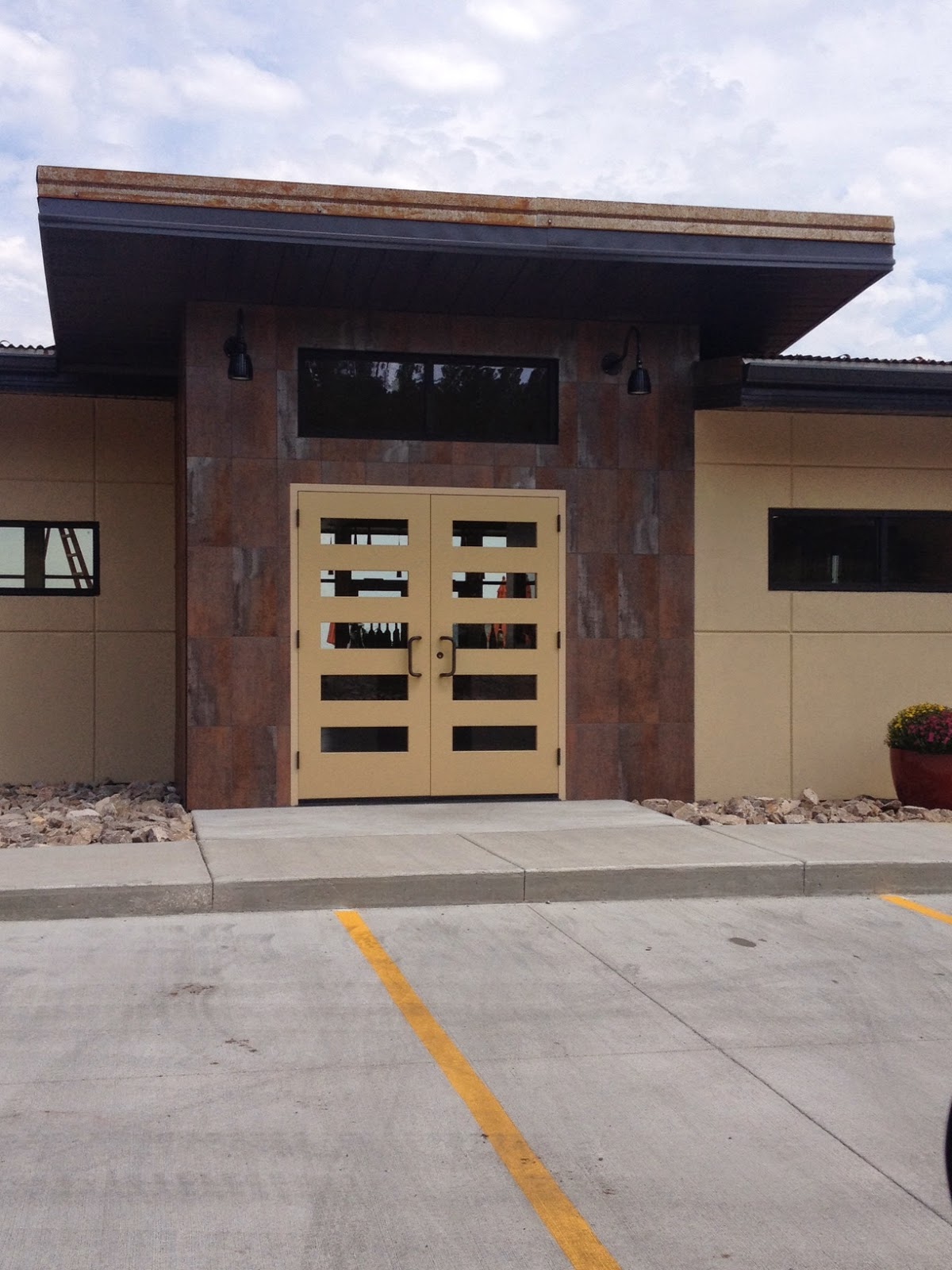 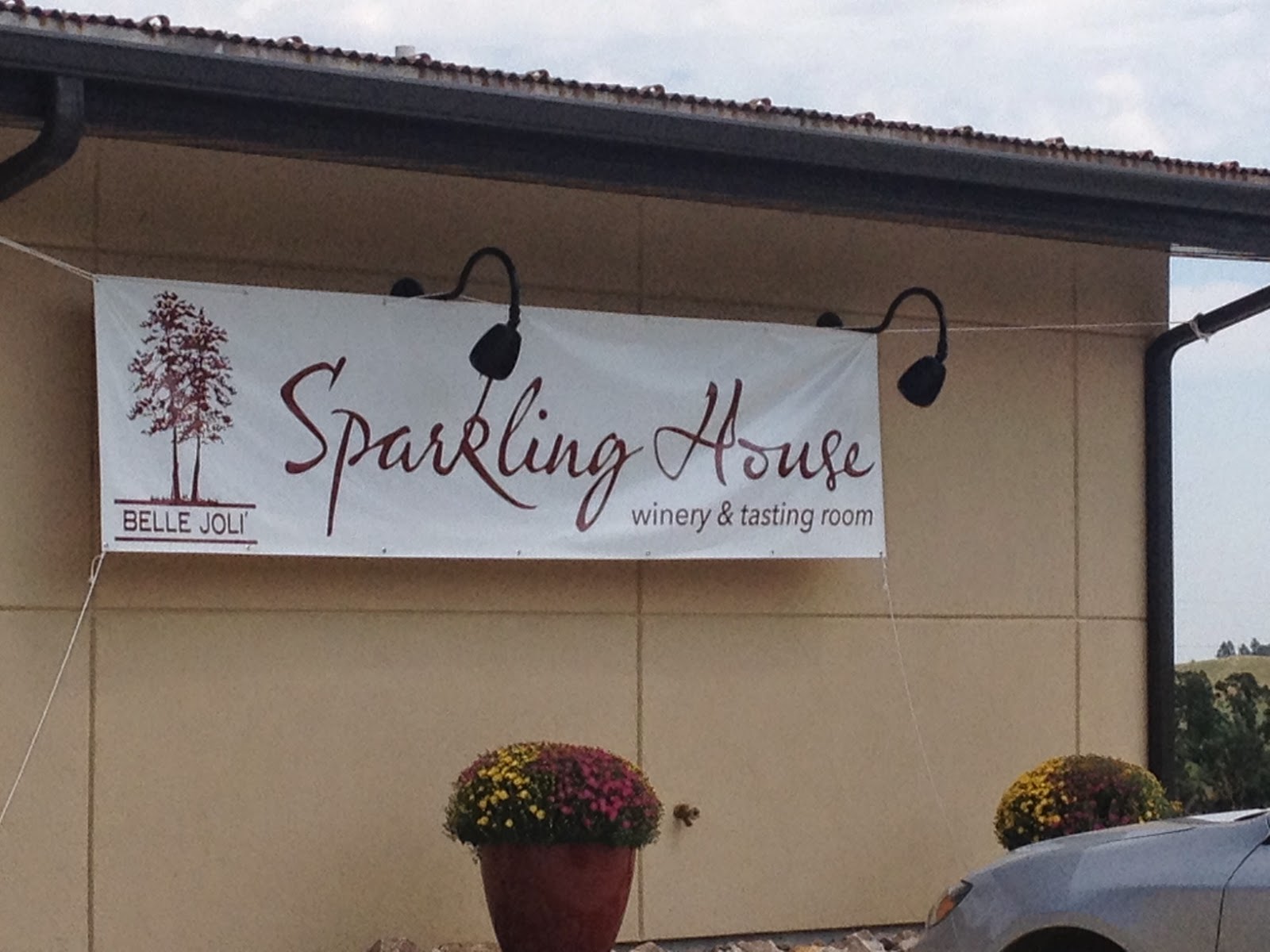 In addition to the new facility, Belle Joli has been in the process of a facelift to its labels as well.  A new logo that will be consistent on all wine bottles was introduced; all labels now feature the two trees that stand out front of Belle Joli’s Sturgis location.  Wines are also being labeled by varietal names instead of a unique brand name.  For instance, the Riesling (with a small blend of Edelweiss) was called La Lure.  Now it will simply labeled Riesling, making it easier for consumers to know what they are drinking.  The same is true for the Chenin Blanc (formerly Dakota Breeze) and Cabernet Sauvignon (formerly St. Cab).  More modern-style coloring of the labels and logos also adds to the updated look of Belle Joli ushered in with the opening of the new tasting room.  Yet one more change is the planting of grapes out front of the Sturgis site; these grapes should be ready for harvest and wine making in under five years. 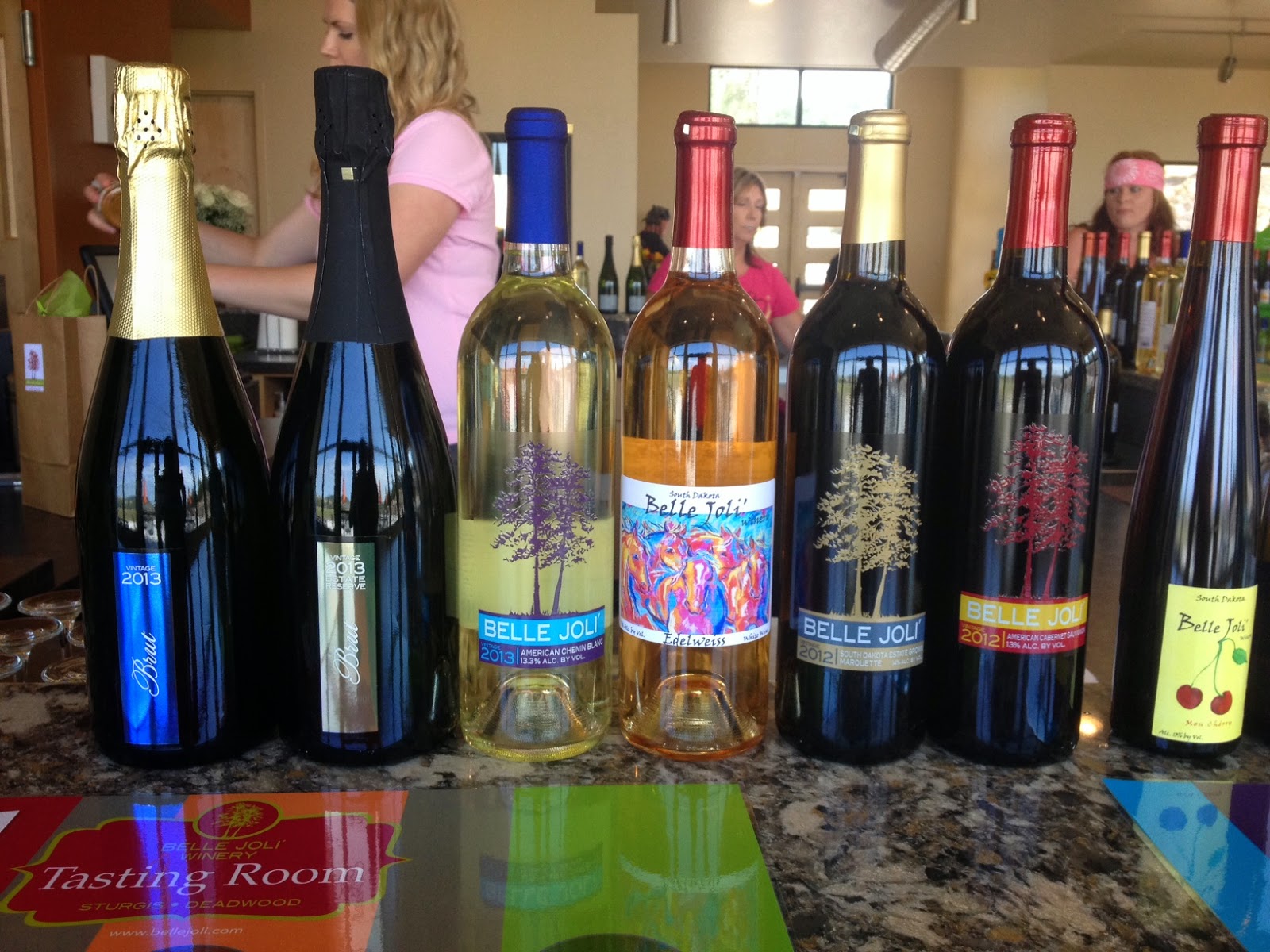 Even with all of these changes, some things must stay the same.  The majority of Belle Joli’s grapes are still sourced from South Dakota, either from their current vineyards in Belle Fourche and just outside of town or another grower in Spearfish.  Matthew still produces three dessert fruit wines:  cherry, pear, and peach.  The Deadwood tasting room is also still open on Main Street Deadwood for tasting of all the wines Belle Joli produces.  Finally, the most important consistency, is the likelihood of seeing any member of the Jackson family at one of the tasting rooms, smiling and inviting customers to enjoy wine.  Mathew’s parents, Patty and John, have been an integral part of the winemaking business and have worked hard to help Choi and Matthew accomplish this tasting room goal. 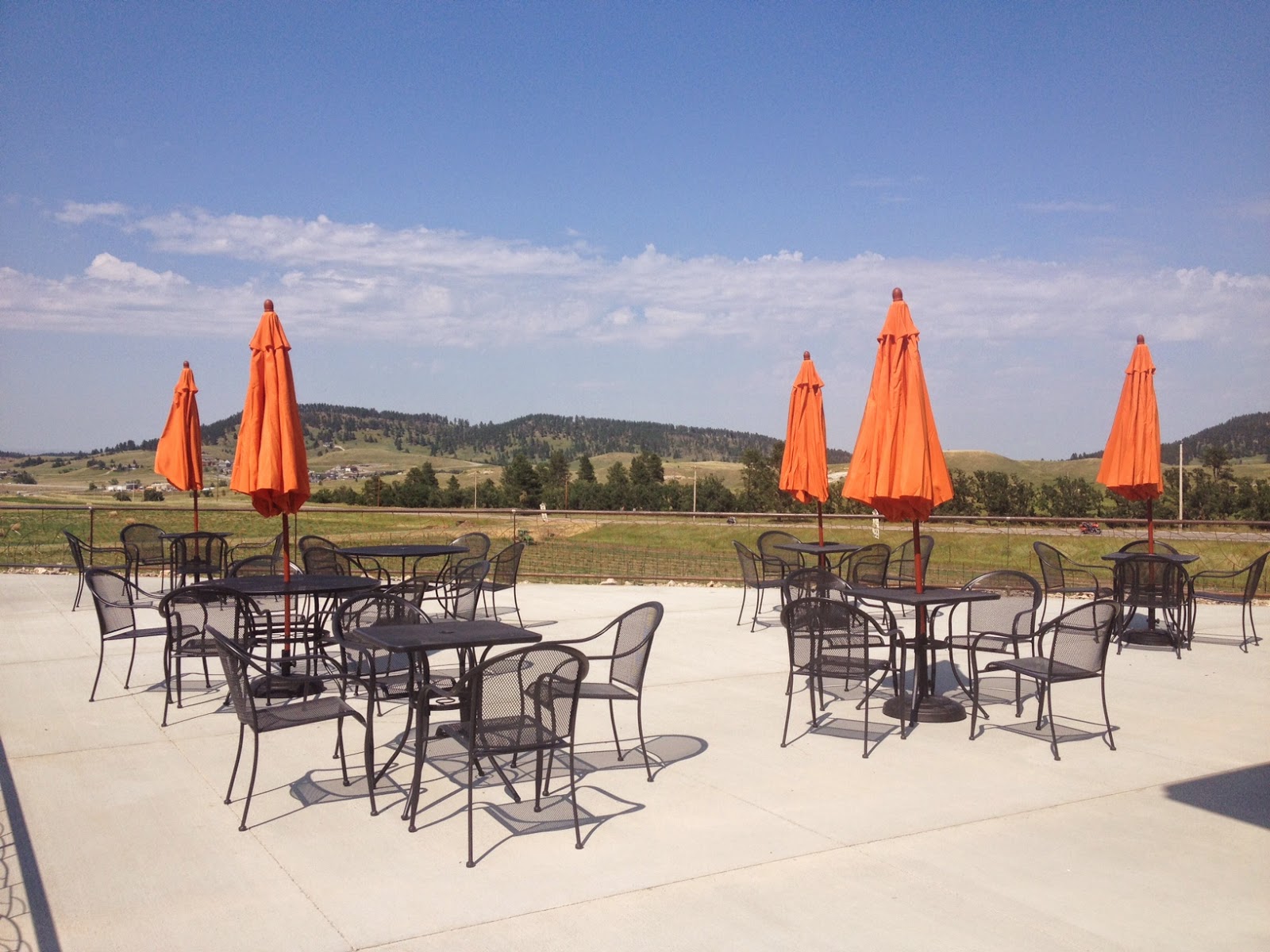 So, pick up a glass of Belle Joli bubbly—either the Brut Vintage (made from Washington State Riesling grapes) or the Brut Estate Reserve (made from Belle Joli’s La Crescent grapes)—to toast to the fact that dreams do come true!  It may take a lot of time and patience, but Matthew and Choi have proven that good things do come to those who wait…and work…and work some more. 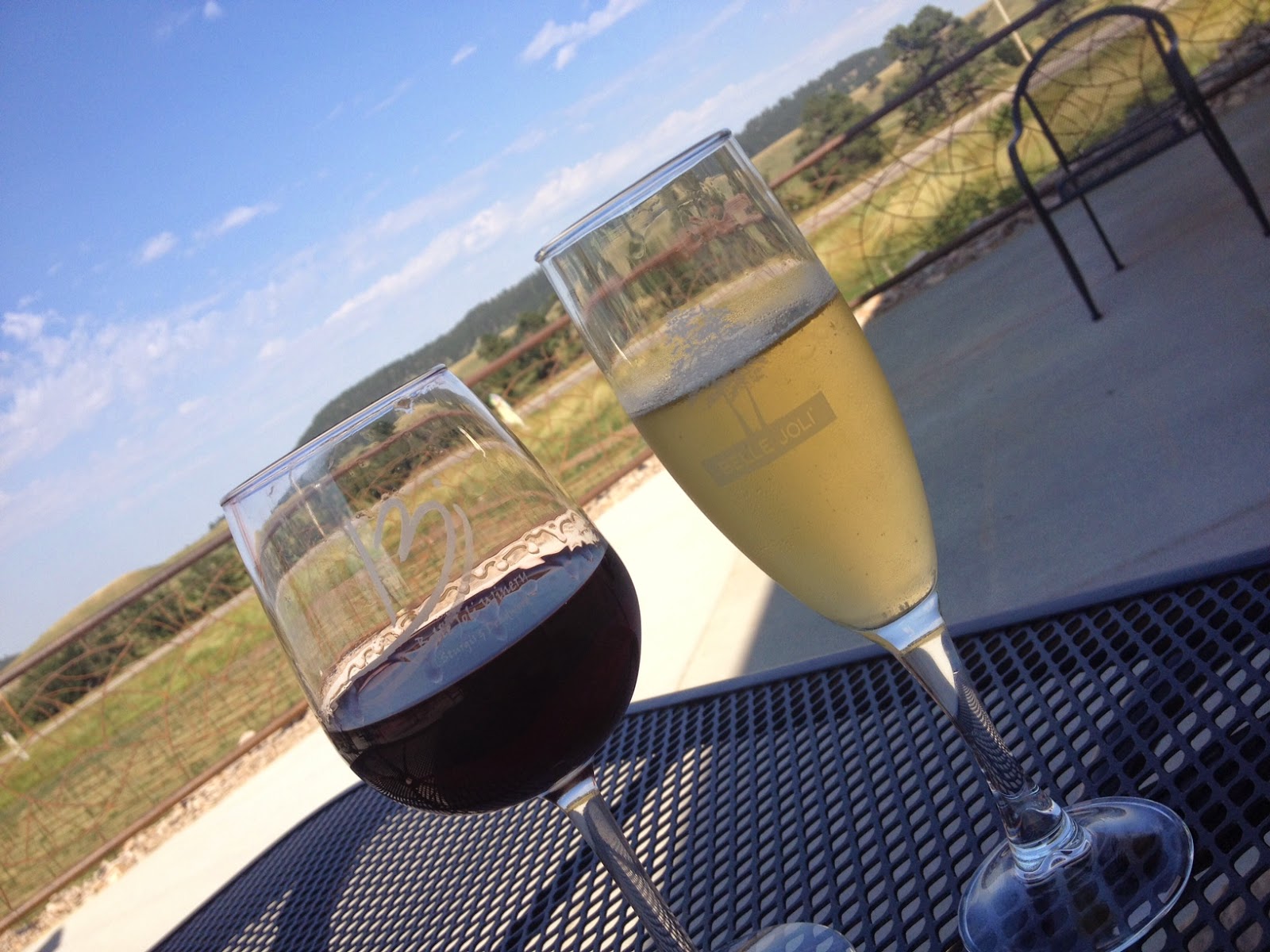 Read about Belle Joli's harvest and hard work here.
Posted by The Sweet Sommelier at 11:43 AM