Legends of the Fall--Harvest in South Dakota

Though for many the first frost of fall brings to mind seasonal colors, football season, and thicker sweaters, what it really brings to mind for winemakers and grape growers is one thing only:  hard work!  I’m always fascinated when the romantic idea of the gorgeous bottle of wine that magically appears at an important event turns into the harsh reality—making wine is dirty, intense work that often goes on for days and weeks before much of a break is given to the winemaker.  Though this truth is happening in every vineyard and winery in the northern hemisphere right now, I got to experience just one small part of it this weekend, harvest at Old Folsom Vineyards outside of Rapid City, South Dakota. 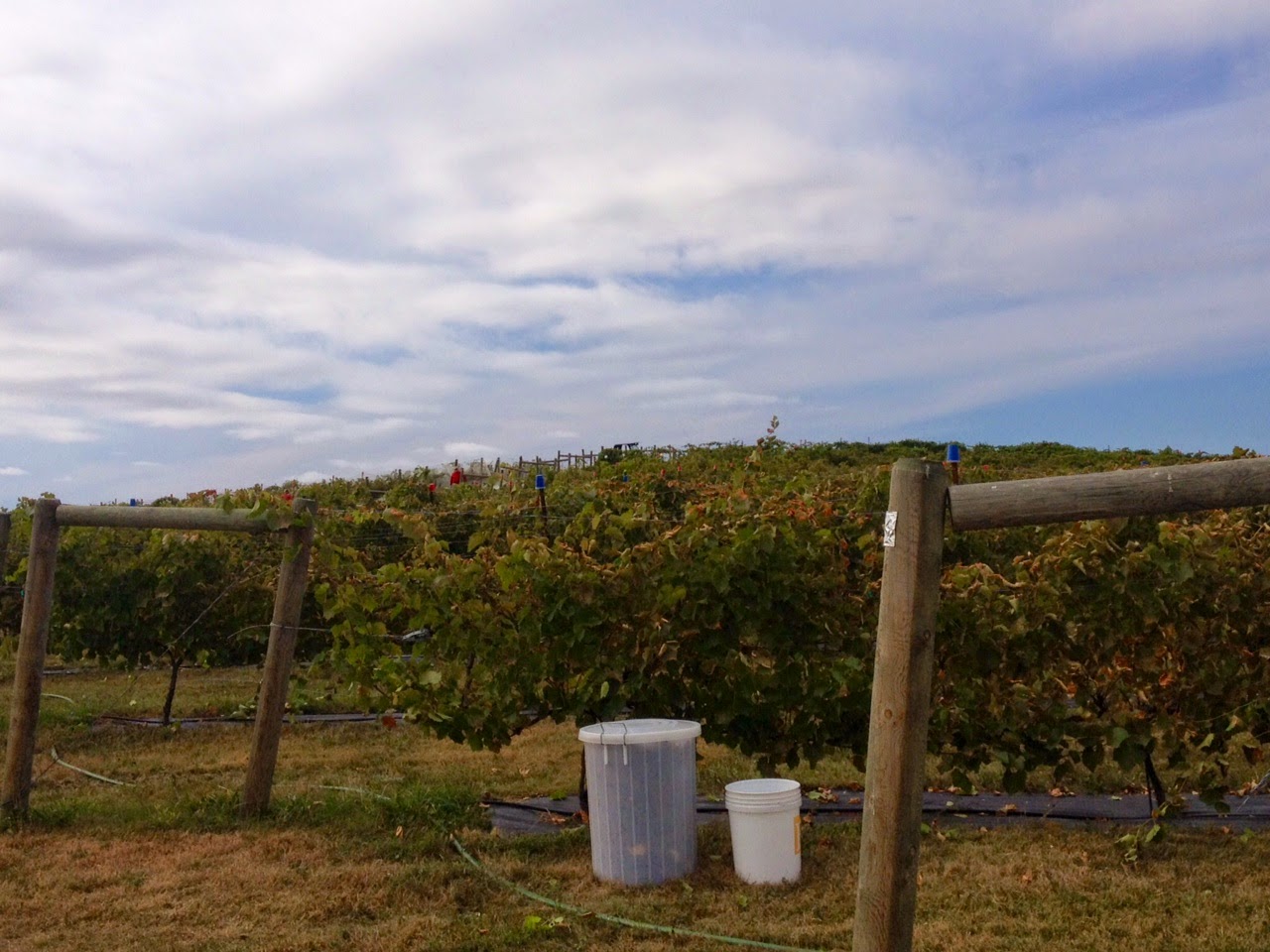 Harvests in South Dakota and other portions of the Midwest are vastly different than most California harvests. While California enologists are worried about the brix (sugar content) of grapes and often must harvest before this number gets too high when the grapes might be considered too ripe, horticulturists in areas like South Dakota and Wyoming have a whole other worry…will the grapes get ripe enough?  This was the question last week as an early hard frost descended on the Black Hills, causing temps to plummet to below freezing.  Though grapes can survive this temperature for a short time, the vines can not.  They begin to shut down, and the grapes need to be picked soon.


On September 11, a day known for more patriotic reasons, Mike Gould of Old Folsom Vineyards was checking the weather for more pragmatic purposes.  He needed to gauge the upcoming nights’ temps and make a decision of when to pick the grapes of his 1800 vines on his five-acre plot.  The answer was simple:  as soon as possible.


He spread the word and gathered friends, neighbors, and acquaintances to create picking crews for Friday, Saturday, and Sunday.  Over the course of the three days, almost 7,000 pounds of grapes were harvested.  Mike started with Frontenac Gris, La Crescent, and Brianna and then moved on to his Frontenac and Marquette grapes.  He also grows Petite Pearl grapes, although these vines are still too young to harvest fruit.
The first step in the process was to remove the bird netting that went over the vines in early August.  Though tall fencing surrounds the vineyard to keep the deer from completing their own harvest, the birds just fly in at will.  A few still found their way in and under the net, but most were kept at bay and the product safe.  After crawling around on hands and knees to remove the clips holding the netting in place, all were given a cutting tool, a bin, and a bucket (on which to sit).  Old Folsom’s vines are trellised low, so sitting on the five-gallon bucket is actually the perfect height to pick.  The actual act of picking was very simple, and as grapes were dropped into bins, workers moved through the rows to dump the full tubs into larger vessels so the smaller tub could be refilled once more.  Then repeat…and repeat…and repeat… 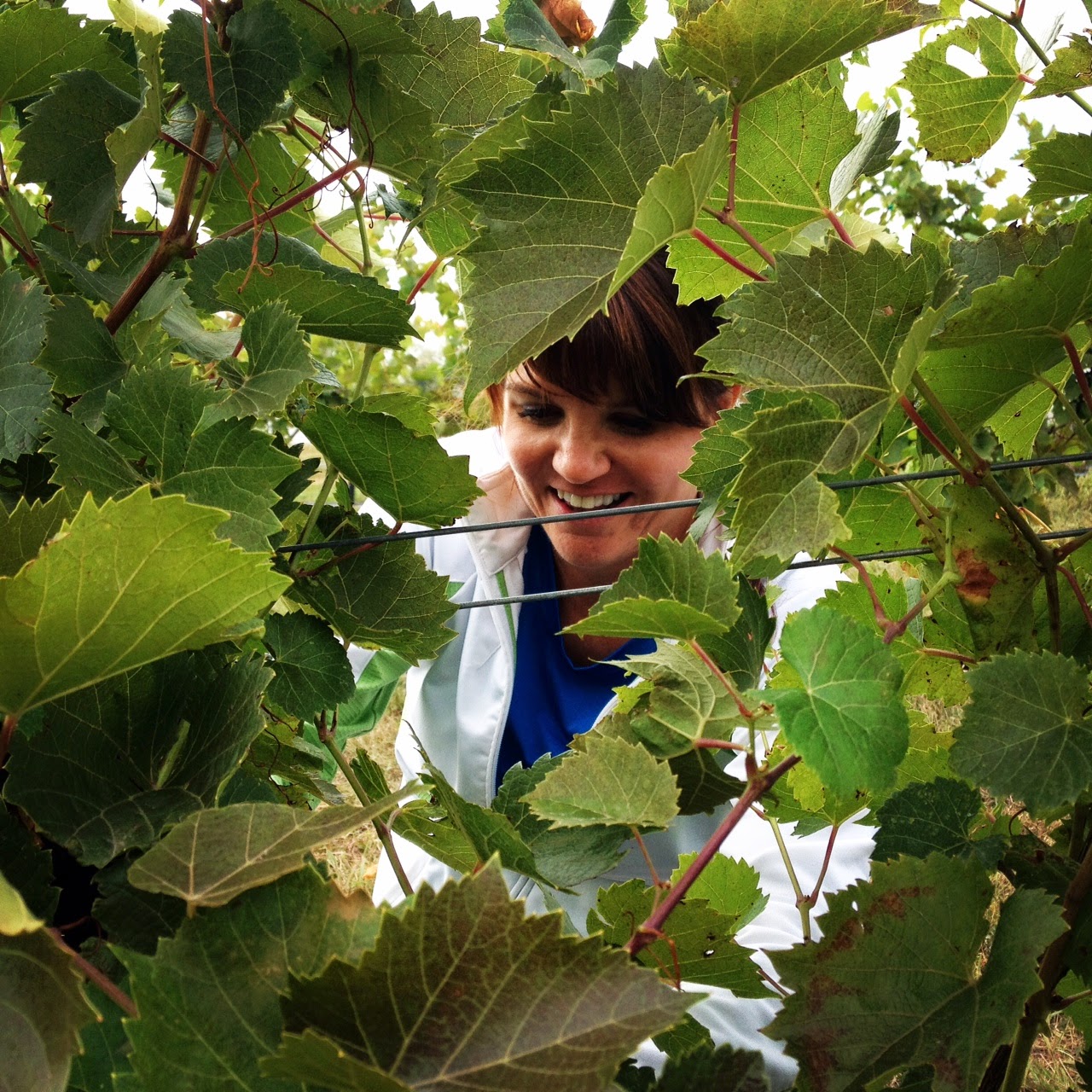 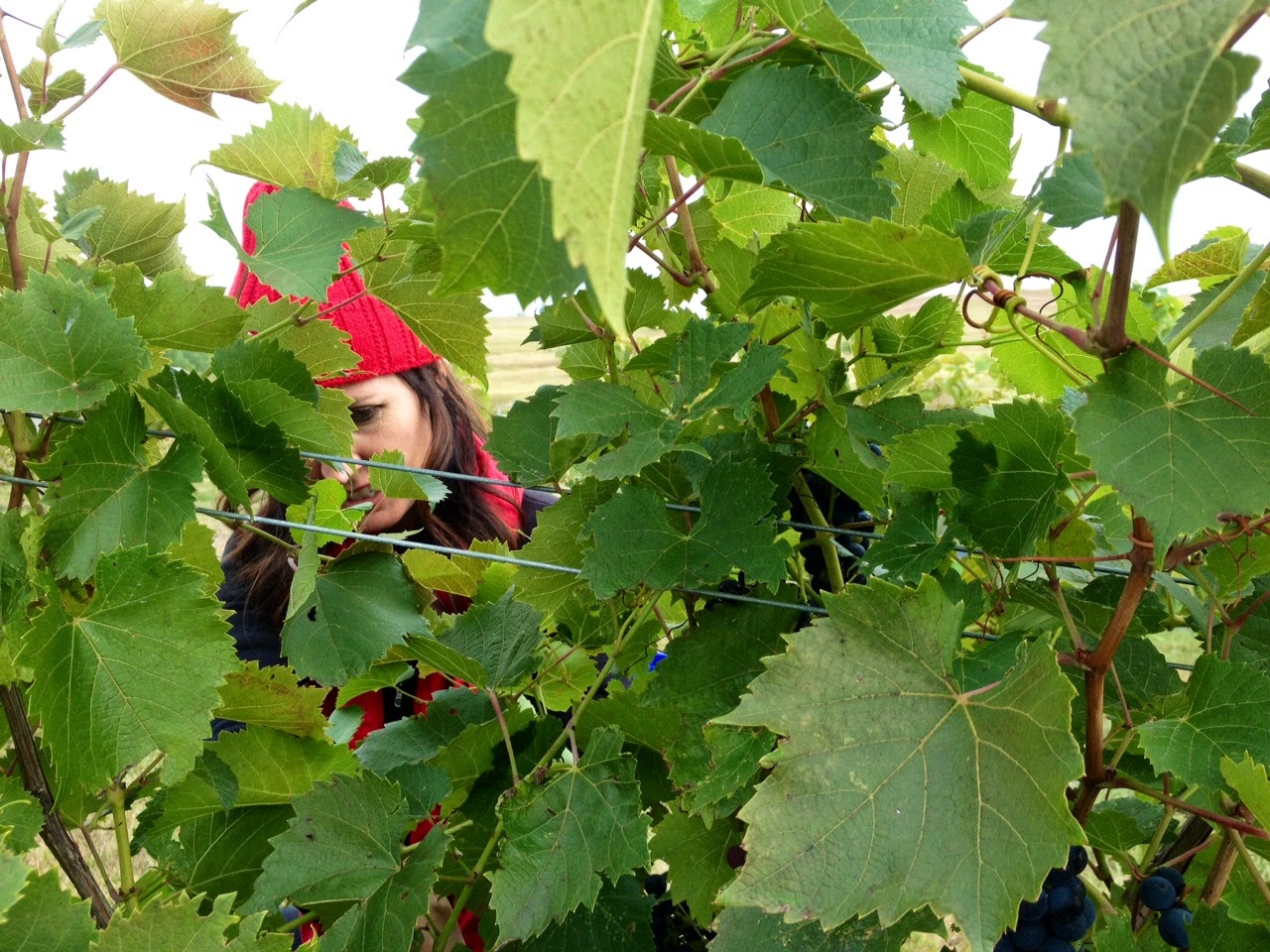 
I only picked on the third and final day, and the grapes still looked great.  However, the vines themselves were beginning to whither from the earlier cold spell.  The leaves were wilting and dying, a sure sign that the choice to pick these particular days was a good one.  Any more time on the vine and the grapes may have started to shrivel, affecting the sugar or acid content, thus affecting the wine.  Instead, the grapes went to the winery, where they were cold soaked—a process to extract flavor and color from the grapes—waiting for the next step in the fermentation process. 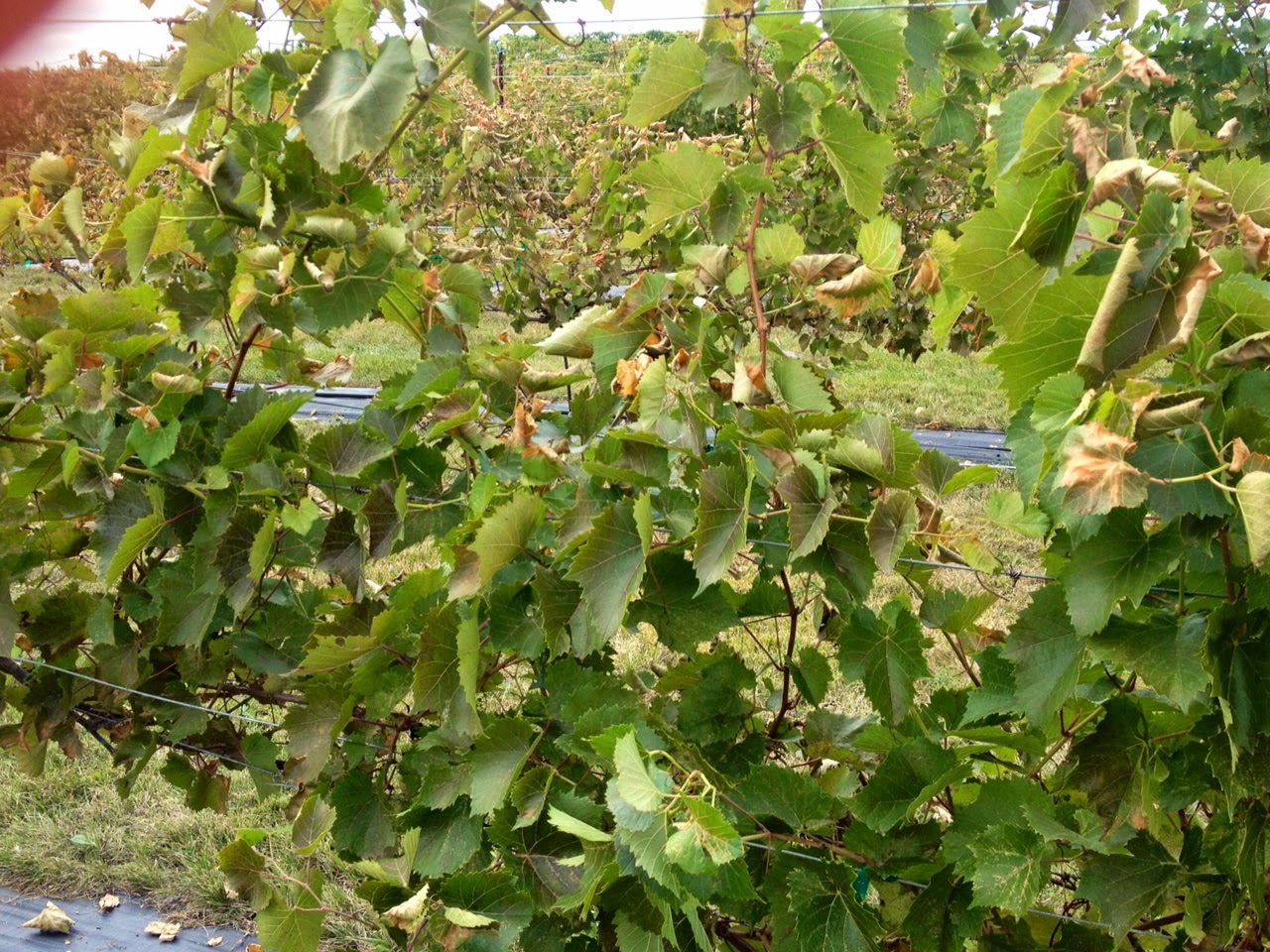 The leaves began wilting from the below-freezing temperatures just days before.


After seven straight hours of work—okay, there was one short break for lunch—I drove home full of the wonder of wine.  The reminder that wine is ultimately an agricultural product doesn’t surprise me, but it is often at odds with the sophisticated image that so many have of wine.  Not that agriculture isn’t sophisticated; it is just darn hard work!  Understanding the amount of work that goes in to each bottle only makes me appreciate wine—and winemakers—even more.  Harvest in the fall is just another step in the long road a grape takes from a small bud on a vine to large sip from a glass.  Enjoy the end product, but remember all the hard work that it takes to go from ground to glass.
Posted by The Sweet Sommelier at 7:40 PM