The temperature was dropping, and large, wet, white snowflakes had just started drifting slowly from the sky.  In the distance, the beautiful white-topped Rockies could be spotted hovering over the brown grass of the plains.  However, it was not the snow or those beautiful mountains with ski slopes we were rolling into Fort Collins to enjoy…it was wine, the Fort Collins Wine Fest to be exact!  This was our third consecutive year of enjoying the festival, which is a wonderful fundraiser for Fort Collins’ Disabled Resource Services.  We have greatly enjoyed every year, and one of the special treats is an amazing private wine tasting put on before the actual festing and feasting starts.  This year’s private tasting was as amazing as ever, with a mix of wines from all over the world that were as majestic as the Rocky Mountains on the horizon!


Wine one:  Marc Hebrart Brut Rose non-vintage Champagne—This sparkler from a small producer was a beautiful baby pink with strong yeast and strawberry aromas.  The mineral and crisp bite was a pleasure, and the incredibly long finish was even better.  This bubbly was a mix of the classic champagne grapes of Chardonnay, Pinot Noir, and Pinto Meunier and was a classic tasting beauty! 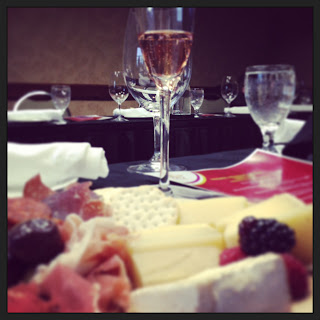 Wine two:  Domaine Bouchard Pere & Fils Mersault “Les Clous” 2006—This white Burgundy ages quite well, and though this ’06 could still cellar a few more years, it had a great mineral aroma.  With some butter on the palette from the old oak yet a crisp, citrus finish, I enjoyed this single vineyard Chardonnay, especially with the soft cow’s  milk cheese provided by the local cheese mongers at the Welsh Rabbit in FoCo.


Wine three:  Prince Florent De Merode Corton Renardes 1990—From the excellent 1990 vintage, the Corton is slightly cloudy, with baked cherry, anise, and leather flavors and scents.  I am a sucker for a good Pinot Noir, and this Noir from the Cote De Beaune was a great example of a Burgundian Pinot. The fact that this bottle would retail for $350 a bottle had nothing to do with the how much I enjoyed it!


Wine four:  Tondonia Gran Reserva 1994—Talk about a special wine!  This Rioja was produced in 1994, but not released until 2012.  No, I didn’t do the math incorrectly there (though as an English teacher by day, you all have the right to question my expertise with numbers).  This wine is aged in cask (in French and American old oak) for nine years and then in bottle for nine more years.  I love the Tempranillo grape, and this blend of 75% Tempranillo, 15% Garanche, and 10% other was filled with supple and smooth fruit.  An excellent wine and value for the aging time (at around $100 a bottle), Robert Parker gave this very high 90s scores (not that we go by Parker necessarily; however, it does show the respect for this wine). 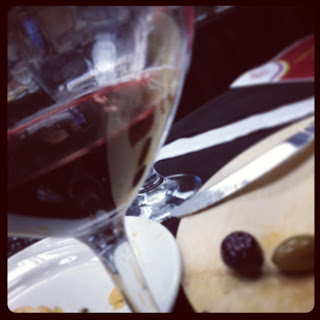 Wine five:  Poderi Aldo Conterno Barolo Bricco Bussia Vigna Colonnello 1989—By far my favorite wine, the Barolo was bursting with baked fig, as if there was a Fig Newton in my glass as I sniffed.  Of course, I love, love, love Nebbiolo, and this beautiful brick-red colored wine cemented that love once again.  From an excellent, “old school” producer and a great vintage, I would have loved to drink this entire bottle to myself (over the course of several days though, of course)!  The $400 price tag?  Yes, that is always my luck; I seem to have very expensive tastes!


Wine six:  Chateau Pichon Longueville Comtesse de Lalande 2003—From the Puac in Medoc, this Bordeaux blend starts with 50% Cabernet Sauvignon, 35% Merlot, and the remaining a blend of Cab Franc and Petit Verdot.  On the nose, the 2003 showed hints of earth, currant, green pepper, and smoke, and on the palette fresh berries.  Though this wine has already aged for ten years, it could still cellar two or three more and be a great example of a red Bordeaux.  (Retail?  A cool $500!) 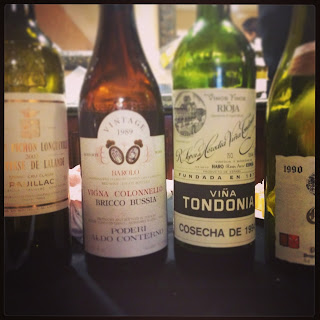 Wine seven:  Caymus Special Edition 1992—My emotional favorite, I actually bought a bottle of this last year at the wine fest because it was a 1992, the year my daughter was born.  My husband and I opened the bottle on her twentieth birthday last summer and toasted to her and our parenthood!  It is a classic California Cabernet (blended from Cab grapes from eight of Napa’s sub appellations) with an aroma of spice and earth and tastes of berry, spice, and cedar.  It was perfectly aged and timed exactly to drink. 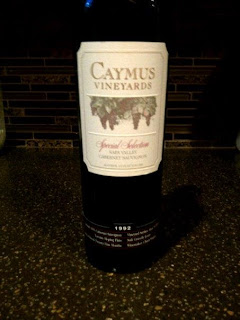 Wine eight:  Joseph Phelphs Insignia 1998—Another classic California Cabernet Sauvignon with a beautiful, almost-black, undertone, the Phelphs smelled like baked cherry and fig.  The very fruit-forward wine would age well for three-four more years since it is from an excellent producer.


Wine nine:  Elderton Command Shiraz 2004—As the only Australian wine represented in our tasting, the Shiraz made Australia look good!  From the Barrosa Valley (and from a very good vintage), the wine was filled with scents of green pepper, spice, and earth.  On the palette, this was a berry bomb with a wonderfully, long finish.  The style of this wine is exactly what Robert Parker likes, and he liked this one; he gave it a 98!


Wine ten:  Barros Vintage Port 1997—Though Ports are not my favorite (because hard liquor burns my throat—see my feelings about whiskey several weeks ago), I have learned to appreciate Port on several levels.  This Port was very special, since only two percent of Ports are actually vintage, and after the initial heat of the brandy, the lovely raisin taste was incredibly smooth.  I imagined my chocolate pot de crème recipe as I sipped this final wine. 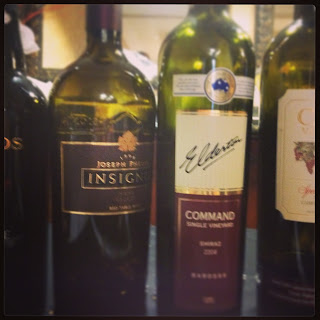 The beautiful and wondrous Rocky Mountains make a superb backdrop for some beautiful and wondrous wines.  Though the picturesque snow storm caused some road blocks to the event and weekend, there was nothing blocking the ten wines we were able to enjoy.  This tasting was just the beginning of a great night filled with three of my favorite things:  wine, food, and shopping!  Look for the explanation to that coming soon…
Posted by The Sweet Sommelier at 3:03 PM