“Don’t Fear the Reaper” blares into the brick-walled building as cellar workers tend to the punch downs of eight bins of fermenting petite verdot grapes; all of this happens under the carefully-painted graffiti wall, showing from the start how cool this space is.  Peeking through the graffiti art is the painted replica of the Denver skyline, its “cash register” building clearly visible as it overlooks the end-of-harvest work happening below. 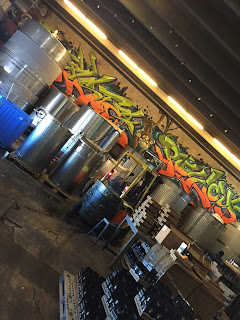 This is The Infinite Monkey Theorem in Denver, Colorado.  A true urban winery in all senses of the term.

Just as the monkey on the labels of Infinite Monkey wines symbolizes evolution, the cool, modern winery also symbolizes this—the evolution of the modern wine world in what would be considered non-traditional areas using non-traditional techniques.  Winemaker Ben Parsons is the theorist behind this movement, a movement that he also had to develop through an evolution of his own.

In the early 2000s, Ben lived and worked in the United Kingdom selling high-end, expensive wine to other people.  One day he woke up feeling the $1500 bottles of wine were just not accessible  to the average person, and he wanted to change this.  In order to do so, he made a drastic lifestyle transformation.

First, he traveled to the Adelaide region of Australia and received his degree in wine making.  Next, he spent time in New Zealand furthering his knowledge of the craft.  Then, Ben applied for and accepted a job on the Western Slope of Colorado, an area once known for growing peaches.  Here he made and sold Colorado wine, often making trips to the consumers in Denver who were definitely intrigued by their “local” vino. 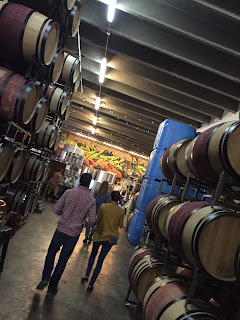 Ben and his father always dreamed of Ben having his own winery; sadly, Ben’s dad died in 2007, and Ben decided he had waited long enough to fulfill the next step of his dream.   With his dad’s memory close to heart, Ben and his wife embarked on a 25,000 mile road trip to buy used winery equipment from all over the country.  They returned to Denver and bought a Quonset hut in the up-and-coming Sante Fe arts district.  The Infinite Monkey Theorem was born.
Ben uses 65-80% Colorado grapes, primarily from the western side of the state, trying to be true to the unique growing seasons and terroir of Colorado.  However, it is this unique growing season that often sends him to states like California and Washington for grapes to supplement his crops in years where weather is not conducive.

Even when adding grapes from other states, Ben does not then attempt to make a California Syrah in Colorado.  He uses the additional grapes mostly in his large production wines that he does not plan to bottle in the traditional manner (more about this later).  When he does use these out-of-state grapes in his other bottlings, he continues to stay true to the Colorado style of the overall end product. 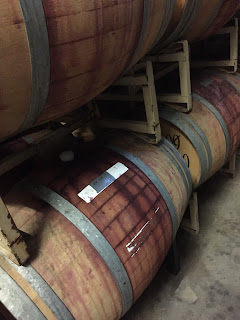 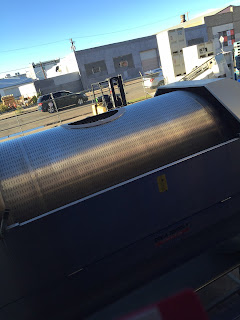 Ben owns no vineyard land himself; to attempt this would totally go against the true urban winery concept he has developed.  He also has embraced the urban setting in many other ways, such as canning and kegging wine.  Yes, that is correct—canning wine.  Only a proper city winery would have such a modern way to package wine, and TIMT does not disappoint.

Ben chooses his keg and can wines very carefully.  Obviously, he is not canning his traditional method sparkling wine or his petite sirah that has been on oak a year and a half.  He cans his younger wines, like sauvignon blanc, or his large lot wines made especially for canning.  A rosè, a white, a red, and a moscato are all made specifically to be canned, which happens right there in the winery with a canning line made in nearby Boulder.  The wine is carbonated with carbon dioxide and then sold in the tasting room or distributed in forty-one other states.  This number will only keep increasing as Whole Foods will soon be selling Infinite Monkey in its stores.  That is quite a coup! 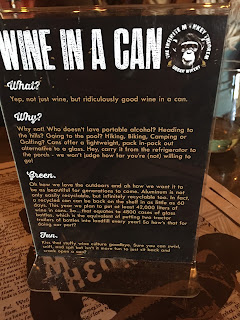 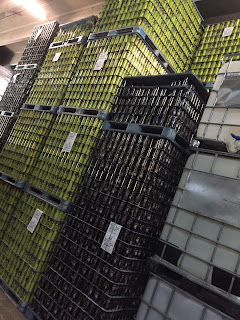 It is this canning and kegging business that is booming so fast Ben can hardly keep up with it.  From the original small Quonset that Ben and company outgrew, they moved into a much larger space…which is already filled to the brim in just three years.  To give an idea of how high the demand for canned and kegged wine is, Ben is producing the equivalent of 50,000 cases of wine, all under that watchful eye of the graffiti wall.
Ben also started Iron Monkey, a wine kegging business.  Other producers send wine to be kegged by Iron Monkey at the Infinite Monkey location.  Though many may turn their noses up at keg or can wine, the market tells quite a different story.  TIMT supplies keg wine for Snooze—a Denver area brunch hot spot—mimosas.  Snooze pours through four kegs…a weekend!  At least a dozen other Denver restaurants, including popular stalwarts like Old Major and Rioja, also serve Infinite Monkey keg wines.

It seems many are interested in getting on the green bandwagon to support the environmental impacts of saving glass bottles from wine consumption.  Aluminum is easier and cheaper to make, from both an economic and an environmental standpoint.  Aluminum is also easier and cheaper to recycle and can be recycled an infinite number of times—pun intended.  Producing certain wines in kegs also saves thousands and thousands of bottles a year, not to mention the manpower to bottle and handle those products.


Don’t be fooled into believing that a super cool and modern winery in the middle of a city with graffiti on the walls can’t produce great wines.  Quite the opposite is true; many standout wines make themselves known when sipping here.

The Riesling—from grapes grown in Cortez, Colorado—has just a slight hint of residual sweetness.  It shows fabulous peach and pear on both the nose and palate, adding a very interesting green grass and floral characteristic on the finish.

The Petite Sirah, also from Colorado fruit, is a great example of what this grape can produce.  I gained an appreciation of these wines this summer, and Infinite Monkey’s is also worth respecting, too.  Under-ripe cherry, fresh strawberry, and white pepper dominate the aromas and flavors and then lead to very smooth tannins. 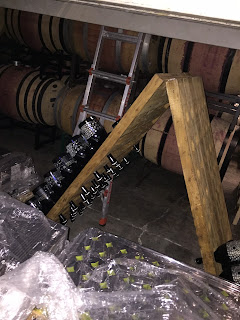 The Infinite Monkey Theorem proves evolution is real…evolution in the wine industry at least!  The concept of the urban winery works for Ben Parsons, the people of Denver, and the residents of Colorado.  The growth of this winery in the heart of a city is so great that a second Infinite Monkey Theorem is getting ready to open in Austin, Texas—another trendy area—predominantly using Texas grapes for wine production.

Canning and kegging, graffiti and art, loud music and good wine all show that progress in the New World wine industry is fun and funky.  It can take place in beautiful, rural vineyards or in hip, cool neighborhoods.  The monkey on the label of  The Infinite Monkey Theorem bottles, cans, and kegs is the perfect symbol for this evolution, an impeccable way to show that those willing to change with the times will be rewarded…in an infinite number of ways.
Posted by The Sweet Sommelier at 2:52 PM