President’s Day is such an American holiday.  A time to celebrate two of the country’s most important presidents and their birthdays:  George Washington and Abraham Lincoln.  Truly, there may be nothing more American than this day, when many workers get a needed break from the job.  No, nothing more American, except maybe baseball…and hot dogs…and apple pie…and the Marquette grape.

It is one very American grape.  It’s a hybrid, meaning that is was “sexually” created by mating two other species of grapes together.  This happened in the American Midwest at the University of Minnesota in 2006. It is the grandchild of Pinot Noir, a French grape, but just like many great Americans, Marquette’s grandparents migrated to the U.S. to experience life in the New World. 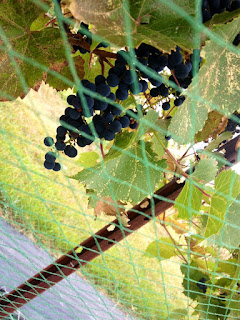 Marquette is not just a great American because it was “born” here; it is an example of the American resolve, the grit and guts it takes to find glory in this country.  Bred specifically to withstand harsh conditions, Marquette grapes can grow in shorter growing seasons while the vine's roots survive extremely harsh winters when temperatures drop well below freezing and wind chills down into the negative digits.  Yet, it has concentrated sugar and balanced acid if left on the vine until the perfect moment before picking.  This means that this fruit can make quality American wines in places that have not before been known for their wine trades. 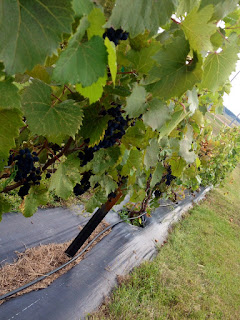 South Dakota, home to Mount Rushmore—the Shrine of Democracy—is a perfect place to grow this patriotic grape.  Firehouse Wine Cellars in Rapid City makes this wine from its estate Marquette grapes grown just outside of Rapid at Old Folsom Vineyards.  These grapes were picked in 2014 on September 13.  I had the honor to help pick on a very chilly Saturday after a hard freeze and snow just two days before on September 11.  Despite the early snow (one of the earliest in the area in the past hundred years), the rest of the growing season was superb, and just over 10,000 pounds of Marquette was picked that weekend. (Want to know more about growing grapes in South Dakota?  Click here.) 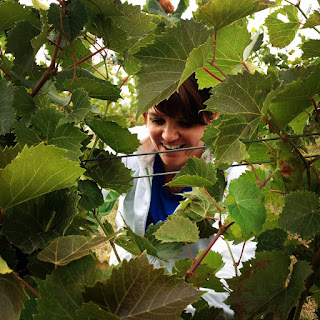 Firehouse wanted to pay homage to its loyal citizen grape and the history of this particular grower; it did so by naming the wine The American.  Mike Gould, owner at Old Folsom Vineyards and Firehouse partner, wanted to name this wine to honor his grandfather, who came over to the United States more than one hundred years ago.  Mike’s granddad sailed all the way over to the New World from Italy and started a successful life here.  It is a fitting tribute for both the wine and the history of the grape grower. 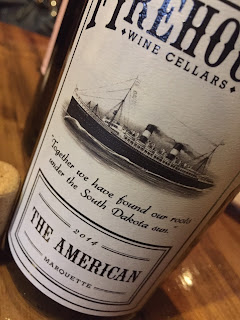 The American proves its character from the first glance. A beautiful, medium-bodied wine, the garnet color reflects its stellar bloodline as a Pinot Noir descendant.  The smell was also reminiscent of its grandpa, with just-ripe plum, wet earth, slight mint, and green pepper; all these same elements showed through to the palate as well, then led to a spectacular spicy finish.  What a food friendly wine The American is with cheeses, salamis, and artichoke dip. 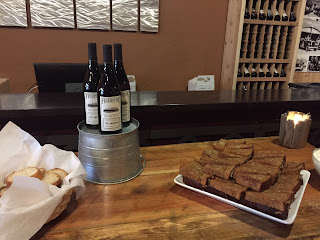 Truly, The American is an impressive example of Marquette.  This is just one in a number of Marquette wines being produced throughout the Midwest that shows what these vines can do with a few years of maturity and a good growing season.  Firehouse winemakers have done a great job of letting the elements of this up-and-coming grape show with just the right amount of intervention in the cellar.  Wines like The American will only continue to increase the prestige and popularity of one of America’s great Midwestern grapes. 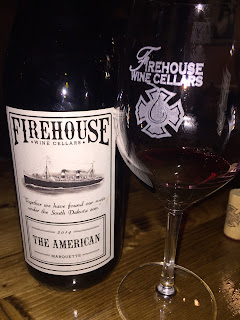 So happy President’s Day, Americans!  I hope you enjoyed this day by patriotic gestures like saluting important presidents with a glass of a very tasty—and very American—red wine.  See what loyal Marquette can do for its country by sipping The American, and then see what you can do for your country by enjoying local and American wines.  God. Bless.  America!
Posted by The Sweet Sommelier at 8:00 AM